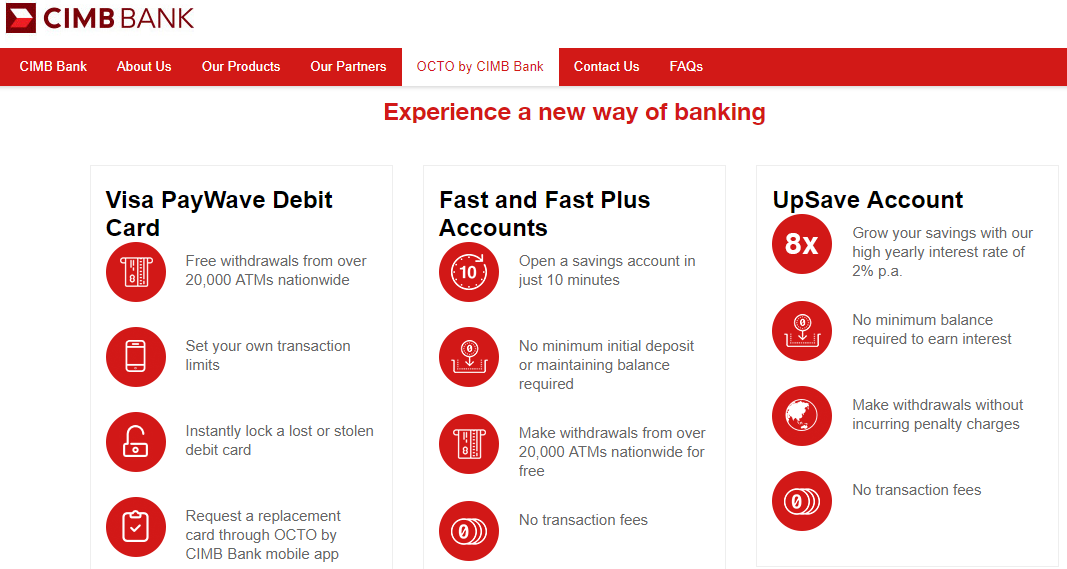 The Philippines' 1st ALL-Digital Bank!
With OCTO by CIMB Bank mobile app, you will never, ever, have to step foot in a bank branch again. No more lines. No more wasted time.
On top of that, you can:
* Open a bank account in 10 MINUTES
* Earn up to 8x higher interest rates on your savings vs other major local banks
* Enjoy ZERO transaction fees
* Transact with over 8,000+ convenient partner locations nationwide
* Withdraw for FREE from over 20,000+ ATMs nationwide
* Get all of the above with no initial deposit and no maintaining balance required!