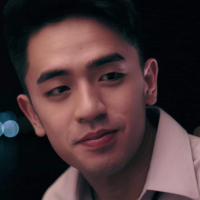 After making waves on social media for granting his fan’s wish to go out on a date with him, David Licauco has piqued the interest of the general public. At first glance, he looks like a typical jock who only has his mind on fun and games, but the rising actor has his life on track. He has an upcoming TV series, a movie, and a booming business that speaks of his passion. With his good looks, charming personality and grit for success, David just might be the newest Kapuso star we should all watch out for. For more reasons to swoon over this Kapuso cutie, we have come up with a list about who he is behind the scene:A sports fan

David Licauco, 22, owns a fitness gym, and that's how he gets his piping hot bod.

While it is true that he has his heart on sports, David does not only have his head on the game. He loves to play basketball above all else, and he stacks up knowledge on his most favored icons. He recently finished a book on basketball legend Michael Jordan, and after trying his hand at boxing, he felt the need to read on the life of mixed martial artist Ronda Rousey. Recently, he has tried his hand on polo, and believe us when we say he looks exactly like a prince when he’s on a horse.Spoils his family

Spread across his Instagram posts are photos of his parents and siblings. Every moment with his family counts and he never fails to capture all of this in pictures. As a modern-day scrapbook, his Instagram is full of memoirs of successes and simple celebrations. He profoundly expresses his love for his mom, gratitude for his dad, support for his brother and his playful yet sensible boundaries for his sisters.He has a knack for knowledge

David has a bachelor’s degree in Business Management (Major in Computer Applications) from De La Salle College of St.  Benilde. His family has brought him up business-minded, and this has become his motivation to do well in his studies. He managed to put up his own business and is now thriving to expand his investments. Right after he graduated, David put up his own fitness gym in Taft and branded it as Alpha Fitness Club.Harbours soft spot for fans After mustering up the courage to ask David out, his fangirl from Zamboanga Fritz Enriquez didn’t bother to wait for his reply. Never in her wildest dreams would she expect that he’d agree, but the Kapuso star burst Frtiz’s thought bubble and said yes, but on one condition: she had to post about her proposal and garner 10,000 likes and shares for it. Despite failing to get the target number, David disregarded the deal and went on with the fishball date. Turns his curiosity into passionDavid doesn’t deny that he started showbiz out of curiosity. “At first I was just testing the waters [in showbiz] until I actually got into the entire process of acting. It felt nice to act, so now it’s my goal to get more challenging roles and be able to perform them well,” David shared.After his Mulawin vs. Ravena stint as Malik, David is now ready to take the lead. He stars alongside Shaira Diaz in the upcoming Regal film Because I Love You, and takes the role of a sophisticated bachelor. With his newfound passion, he hired a personal coach for his acting and has worked hard to impress his mentor. Aside from this film, he will also be one of the lead stars of the upcoming GMA Afternoon Prime series, Kapag Nahati Ang Puso, with Bea Binene, Benjamin Alves, and Sunshine Cruz.
14 · Share on Twitter
«1234567…221»