Home› PEx Business and Careers› Personal Investing and Money Management
COMMUNITY NOTICE: If you are having trouble in your account access, please do send us a message at [email protected] for assistance. 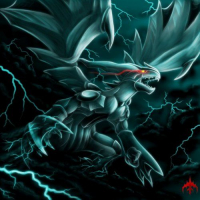 The Philippine National Bank was established as a government-owned banking institution on July 22, 1916 with headquarters in the old Masonic Temple along Escolta, Manila. Its primary mandate was to provide financial services to Philippine industry and agriculture and support the government's economic development effort. World War I, then raging in Europe, generated huge demand for the country's major exports namely: sugar, copra, coconut oil, Manila hemp and tobacco. However, not much was being done to develop the industries that produced these sought-after crops since access to credit facilities was limited then. To solve this problem, Henderson Martin, Vice Governor of the Philippines, together with Mr. Miguel Cuaderno (who later became Central Bank governor) drafted the charter for a national bank.

In February 4, 1916, Public Act 2612 was passed by the Philippine legislature providing for the establishment of the PNB to replace the small P1 million government-owned Agricultural Bank. PNB's first head office was the Masonic Temple along Escolta, the then "Wall Street of the Philippines" in the bustling district of Sta. Cruz in Manila. An American, H. Parker Willis, was its first president.

"The First Universal Bank in the country"
With PNB's establishment, Filipinos found a bank of their own. PNB was authorized to grant short and long-term loans to agriculture and industry. The Filipino farmers then could avail of loans with interest between 8% to 10% per annum. PNB was also authorized to receive deposits, open foreign credits and rediscount bills. It was also given the special power to issue circulating notes. As such, PNB functioned as the de facto Central Bank of the country until 1949.

In 1917, PNB marked its entry in the field of international banking when it opened its New York Branch. The following year, it established five more domestic branches and another overseas branch in Shanghai, China.

PNB briefly ceased operations in January 1942 but reopened the next month under the supervision of Japanese authorities. After the Second World War, PNB reopened immediately and acquired the assets and assumed the liabilities of the banking division of the National Treasury.

With the establishment of the Central Bank in 1949, PNB's role as issuer of currency notes, custodianship of bank reserves, sole depository of government funds and clearing house of the banking system ceased.
"PNB launched the first on-line Electronic
Data Processing System in the entire Far East"

In 1955, it was authorized to operate as an investment bank with powers to own shares and to issue debentures.
In 1963, it established the National Investment and Development Corporation to engage primarily in long-term and equity financing of business ventures.

PNB transferred to its new Head Office along Escolta in 1966 and launched the first on-line Electronic Data Processing System in the entire Far East.

Between 1967 and 1979, PNB continued to expand its operations by opening offices in London, Singapore, Djakarta, Honolulu and Amsterdam. In the domestic field, it opened 14 provincial branches. It was also during this period that the Bank started the Dollar Remittance Program.

In 1980, PNB became the first universal bank in the country. However, it encountered operational difficulties in the mid-80s as a result of the economic downturn triggered by the assassination of Senator Benigno S. Aquino, Jr and had to be assisted by the government in 1986.

The privatization of the Bank started when 30 per cent of its outstanding stocks was offered to the public and its stocks were listed in the stock exchange in 1989.

In 1992, PNB became the first Philippine bank to reach the P100 billion mark in assets.

Also in 1992, a second public offering of its shares was issued to continue its privatization.

In 1995, the Bank moved to its new headquarters at the PNB Financial Center in Roxas Boulevard, Pasay City.

In 1996, the Securities and Exchange Commission approved the Bank's new Articles of Incorporation and by-laws and the change in the status of PNB from a government-based to a private corporation with the control of the government reduced to 46 per cent. At the turnover rites on July 23, 1996, President Fidel V. Ramos declared:

PNB is the bank for the Filipino wherever he or she may be-- in the country's centers of commerce and industry, in the far reaches of the countryside, and even in
many places across the globe."

In 1999, a group of new private stockholders led by Dr. Lucio C. Tan acquired approximately 35% of the total outstanding capital stock of PNB.  In early 2000, the group increased its share in the Bank to 69.32% and pumped in nearly P20 billion fresh capital in less than one year. This was done to emphasize the commitment of the new stockholders to the improvement of the Bank's financial condition, which had been incurring losses in operations due to poor asset quality.

In late 2000, the Bank suffered a liquidity crisis and the National Government stepped in to support the Bank by implementing a capital restructuring and injecting P25 billion in liquidity assistance.

In May 2002, the Government and the Lucio Tan Group, representing the group of private stockholders, sealed the Memorandum of Agreement (MOA) that embodied the provisions that would help turn the Bank around. It included, among others, the settlement of Government's liquidity assistance by way of increasing the Government's stake in the Bank from 16.58% to 44.98%, in effect reducing the group’s share from 68% to 44.98%.  At the same time, the Bank started operating under a 5-year rehabilitation program.

In August 2005, the Government, as part of its privatization program, sold down its 32.45% stake in the Bank via an auction. The private stockholders represented by the Lucio Tan Group exercised their right of first refusal, reducing the Government’s share to 12.5% and raising the group’s to a total of 77.43%.

In June 2007, PNB settled its P6.1 billion loan to Philippine Deposit Insurance Corporation (PDIC), more than four years ahead of the loan’s due date.  The loan repayment was a clear indication of the Bank’s renewed financial health.

In August 2007, the Bank completed its Tier 1 follow-on equity offering where it raised about P5.0 billion in Tier 1 capital. Together with the sale of 89 million primary shares, 71.8 million secondary shares owned by the National Government through PDIC and DOF were sold to the public, thus bringing about a complete exit of the Government from PNB.

Since the inception of the rehabilitation program, PNB exceeded the targets of the program.  While the program called for profits starting 2005, the Bank became profitable as early as 2003.  Within four years, PNB increased its net income sixteen times from P52 million in 2003 to P820 million in 2006.

With its successful exit from the Government’s Rehab program and the strong income performance, PNB has demonstrated its ability to sustain its heightened competitiveness based on the three tenets of reducing non-performing assets, strengthening core businesses and increasing profitability.

The Bank remains as one of the largest banks in the country with a wide array of competitive banking products to answer for the diverse needs of its huge clientele including more than 2 million depositors.

Through its subsidiaries, the Bank also engages in a number of diversified financial and related businesses such as remittance servicing, investment banking, non-life insurance, stock brokerage, leasing and financing and foreign exchange trading.  The Bank, through its affiliate, is also engaged in other services such as life insurance.
0 · Share on Twitter
«1234567…13»