PRODUCTION TEAM OF MY HUSBAND'S LOVER:

My Husband's Lover is a Filipino drama television series created and developed by Suzette Doctolero and produced by GMA Network. It premiered on June 10, 2013 on the network's coveted Primetime block, and June 11, 2013 worldwide via GMA Pinoy TV. The series stars Carla Abellana, Tom Rodriguez and Dennis Trillo as the main characters. Carolyn Galve serves as the executive producer of show and Dominic Zapata directed the series.

It is credited as the very first gay-themed series in Philippine television due to the series' central subject of homosexual relationships and infidelity. The show has multiple continuing story lines that tackle sensitive yet relevant social issues like homosexual and bisexual relationships, homophobia and the society's discrimination against homosexuals, infidelity, pre-marital sex and the consequences of early or unplanned marriages. It also tackles the importance of family, friendship, integrity and love. The forty-five minute scripted drama chronicles the life of a woman, who belatedly discovers that her husband has been carrying on an affair, but not with another woman.

Vincent got his girlfriend Lally pregnant while they were still in college. So they decided to get married even if the two of them were not ready for the responsibility and Vincent's mother Elaine was very much against it. Thus Lally's married life was never smooth-sailing because of Elaine. But for the love for her husband, Lally endures the hardships in dealing with her mother-in-law. However, when Lally got pregnant on their second child, Vincent suddenly became distant and cold towards her. Lally felt that Vincent was being unfair to her so she decided to leave together with their children. Vincent loves his kids so much, so he tried to win back his wife by proposing and this time getting married again with a blessing from the church.

Unknown to Lally, Vincent is keeping a secret from her; it is also a secret he has kept from everyone else ever since he was young. Vincent was a closeted homosexual man who never planned to come out because he was afraid that it'll destroy his family. However, everything changed when he crosses paths with Eric again - his greatest love. Unlike Vincent, Eric is openly gay. But, just like Vincent, he still is in love with him.
Eventually, the two men start an affair and Vincent tries to hide the affair from Lally by showering her with gifts and attention. However, Lally's intuition tells her that something is wrong even though everything in her married life seems fine. That's when she starts to investigate and she eventually learns of Vincent's darkest secret.

Lally Agatep-Soriano  portrayed by Carla Abellana, the loving wife of Vincent and a mother of two. She is described as intelligent, romantic lady who will do everything for the man she loves. Lally has been married to Vincent for ten years. She tries to be a perfect wife to Vincent in all aspects. But their seemingly perfect marriage starts to fall apart when Eric del Mundo comes into the picture. It turns out that Eric was Vincent's first love, and the two have rekindled their flame.

Vincent Soriano  portrayed by Tom Rodriguez, Lally's loving husband. He is a car enthusiast; he collects and sells luxury cars as his business. Rich, handsome and intelligent, Vincent is a "perfect catch" with one flaw  he is a closeted gay. He fought his homosexual feelings and married Lally to please his parents and society, but he later realizes that he cannot totally forget his love for his high school lover, Eric del Mundo.

Eric del Mundo  portrayed by Dennis Trillo. He is Vincent's first romance. Smart and sophisticated; he is an architect, managing his own design business. He poses a tough image for everyone to see, but in reality, he is gay. Eric returns and is determined to win back the love of the man he lost in his youth. Instead, he finds that Vincent is already married to Lally, with whom he already has two kids.

Elaine Soriano - portrayed by Kuh Ledesma. She is Vincent's loving mother and an austere mother-in-law to Lally. Known for her overbearing and perfectionist nature, Elaine is not easy to please and rarely satisfied with anything. She is also opinionated and frequently cant help but express her strongly held belief, regardless of offending others.

Armando Soriano - portrayed by Roi Vinzon. He is Vincent's delightful father. Armando is a retired Army-General and a certified womanizer during his prime. A homophobic; Armando easily gets irritated every time he encounters gay men and treats them with contempt and spite.

Sandra Agatep - portrayed by Glydel Mercado. She is Lally and Evelyn's doting mother. Though she is not a perfect mom, Sandra is admirable for single-handedly raising her two daughters. She spends her life as a destitute mother whose only dream is to give her children a better future and is willing to sacrifice everything  even her morals  for them.

Sol "Sinag" del Mundo  portrayed by Chanda Romero. She is Eric's loving and supportive mother. Sinag, as she is commonly referred to (a Tagalog word which means "ray" in English) is an artist and a well-known novelist. Sinag knows about her son's sexual orientation and she supports him wholeheartedly. She is characterized as being liberated and has a pleasant outlook on life.

Evelyn Agatep  portrayed by Karel Marquez. She is Lally's older sister, who is her exact opposite in terms of outlook on life. her frustrations, rebellious and self-centered nature drives her to make drastic decisions that eventually leads her to life of mistakes, regrets and penance. At present, she lives a humble life with her children and a womanizer husband.

Vicky Araneta  portrayed by Bettina Carlos, Lally's best friend and confidante. She is a thirty-year-old single mother, working as a fashion editor and stylist at a magazine. Vicky is characterized as being so jaded with love that she chooses to have a string of flings with younger men than to be in a committed relationship.

David  portrayed by Victor Basa. He is Vincent's college best friend and ex-lover. David is a chef and is proud of being gay but not the flamboyant type. he is described as an intelligent, romantic guy who will do everything for his greatest love. David serves as conscience to Vincent, advised him to come out of the closet and choose the one who will make him happy.

Danny  portrayed by Kevin Santos. He is Eric's best friend and confidante. An "all-out" gay, known for his biting and sarcastic wit, and bad luck in relationships  which become a point of humor within the series. His failed love life is possibly due to his aggressiveness and jealousy in relationships.

Paul  portrayed by Pancho Magno. He is Lally's college classmate who has carried a torch for her all these years, despite knowing that Lally is already married to Vincent. 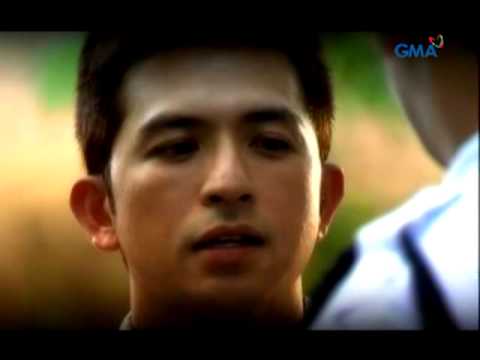 ONE MORE TRY by KUH LEDESMA

HELP ME GET OVER by Jonalyn Viray 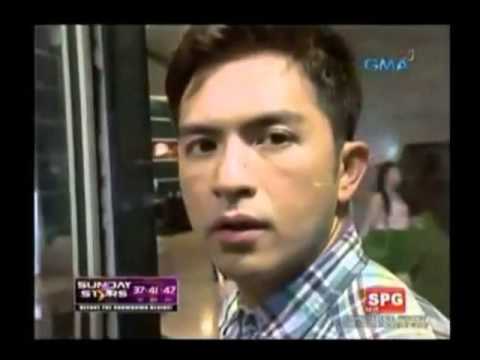 TOMDEN DUET at SUNDAY ALL STARS 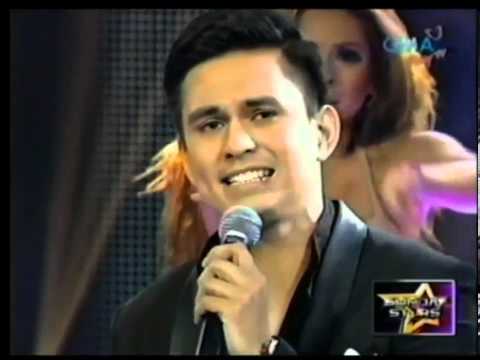 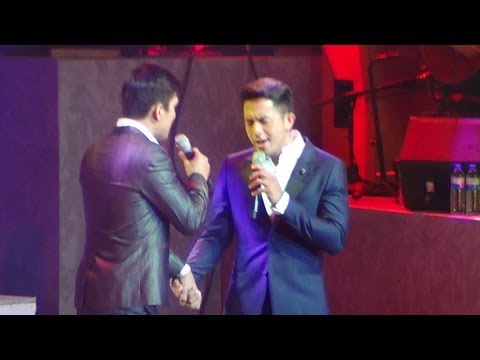