KingArmer PExer
August 2012 in Showbiz - Movies
The Reunion vs Just One Summer - Which movie will you watch on August 15?

On August 15, two barkada/teen movies will be hitting the big screen. These are The Reunion under Star Cinema and Just One Summer under GMA Films and APT Entertainment. 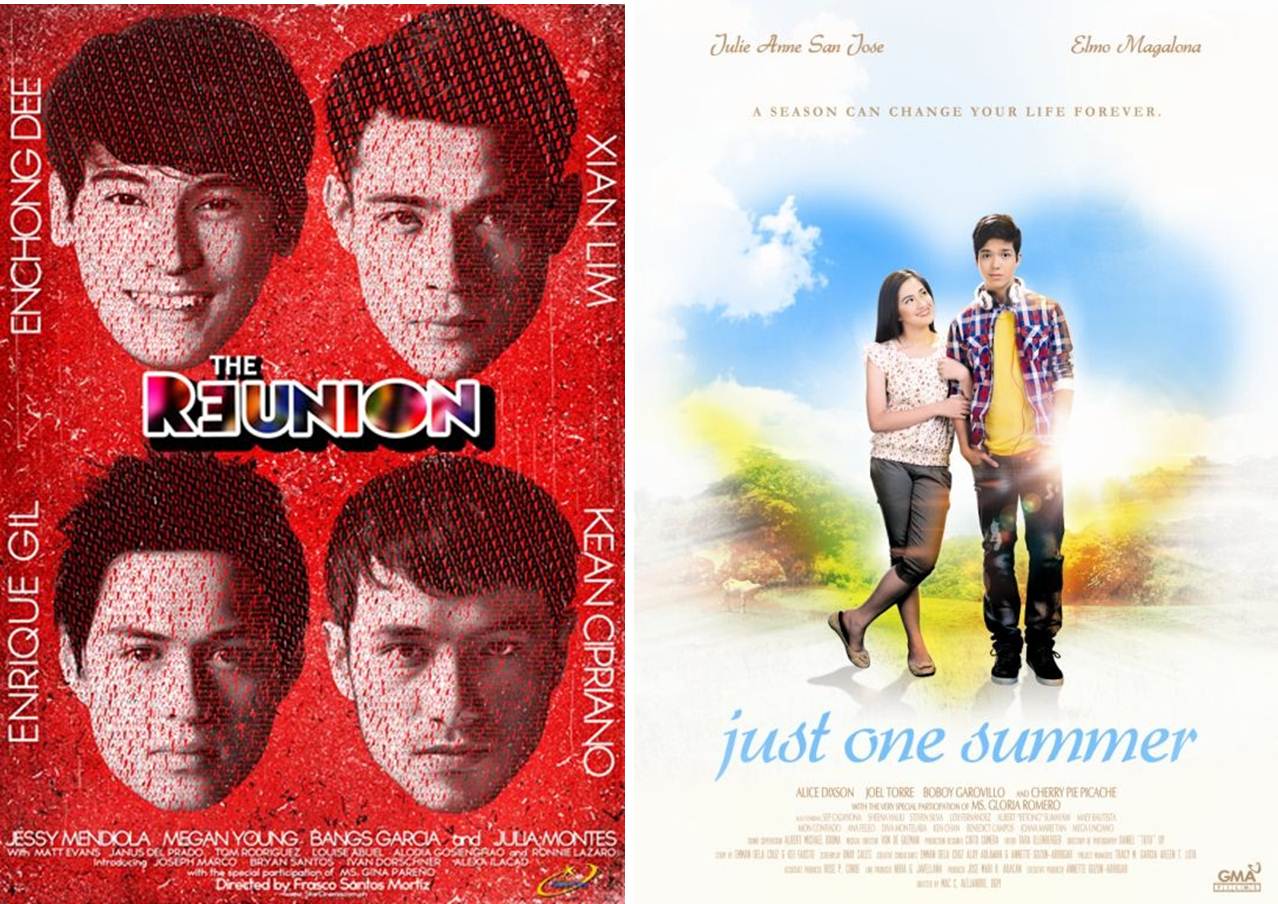 Both highly anticipated, The Reunion and Just One Summer are expected to make it big in theaters since both have the hottest young stars of rival networks ABS-CBN and GMA-7 in the cast. The Reunion had the ensemble of Xian Lim, Enrique Gil, Kean Cipriano and Enchong Dee while Just One Summer boasts one hot love team of Julie Ann San Jose and Elmo magalona (JuliElmo).
0 · Share on Twitter
«12345»