REVIEW: I Wanna Dance With Somebody [2023] — Movie Reviews — PinoyExchange
Home› PEx International Entertainment› Movie Reviews
Speak your mind, but mind what you post. Let's not spread disinformation and/or misinformation.

PEx_Movies Administrator PEx Moderator
January 10 edited January 10 in Movie Reviews #1
The film intends to present the iconic singer's life as a constant search for love and home, from her family, the people around her, and her audience. 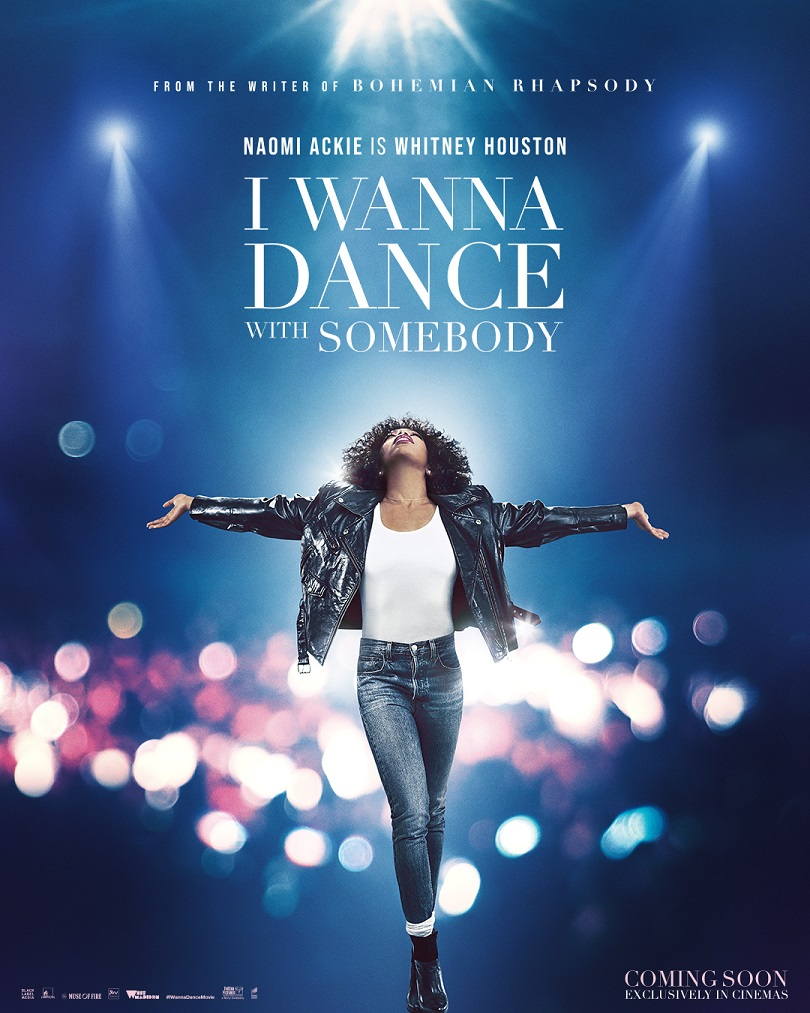 In a 'category game', what song do you think would most likely be first mentioned if participants are asked to name titles of Whitney Houston songs?

Methinks it'd either be 'I Will Always Love You' or 'The Greatest Love of All' – what I believe are the most popular ones from her long list of hits. So honestly it made me wonder a bit when I saw that Whitney's biopic had another song as its title – not any of the powerful ballads she's more known for, but the upbeat 'I Wanna Dance With Somebody.'

After watching the movie though, and reading about the producers' take on this choice, I kind of understand it now. The film intends to present the iconic singer's life as a constant search for love and home, from her family, the people around her, and her audience. The question of course is: was this conveyed clearly enough in the finished material? Would viewers end up 'almost having it all', or 'having nothing' of it?

Inarguably I Wanna Dance With Somebody as a life story fulfills its basic obligation of making sure people get to know its subject more intimately and, more importantly, as someone relatable to the average person, so we see how Whitney was discovered, that she used to have a lesbian relationship, that she freely speaks her mind, how she first met her husband Bobby Brown, and that she almost didn't accept 'The Bodyguard' but changed her mind upon knowing who her screen partner was going to be. Indeed, with Whitney's former recording colleague/executive and relatives as part of the film's production team, it's interesting how much detail we can get treated to.

But a narrative has to have conflicts, so we also get depictions of Whitney's issues with her parents; when she was criticized for not singing 'black songs'; her marital problems; and finally, when she struggled with drugs. Above all else, however, the movie is a tribute to Whitney Houston and her talent, so don't expect the drama to be impactful and the conflict resolutions to be satisfying.

The highlights of I Wanna Dance With Somebody are undoubtedly those scenes when one gets to listen to Whitney's voice again through the song performances ably executed by Naomi Ackie as Houston. It's quite remarkable as you'd really think it's Ackie singing, when actually, original recordings of the songs were obtained and then remixed for cinema sound. Must-not-miss parts are the Super Bowl (where she sang the Star-Spangled Banner), concert in South Africa (I Will Always Love You), Oprah (I Didn't Know My Own Strength), and the American Music Awards (where Whitney sang And I'm Not Telling You and I Have Nothing) scenes.

Being a 90s kid I was unaware that Whitney Houston was once dubbed 'The Voice' for her vocal prowess. I kind of understood the title choice but since her biopic was more about how she became one of the best-selling and most awarded recording artists of all time, I guess 'The Voice' could have been a more apt and shorter title.

Nonetheless, for sure, the name Whitney Houston will always be up there among music icons, and we’ll all be forever grateful that she once danced – or sang – with, and for us.
PEx Rating: 8/10
Official Hashtag: #IWannaDanceMovie
Check out the I Wanna Dance With Somebody official discussion.
Tagged:
0 · Share on Twitter
Sign In or Register to comment.