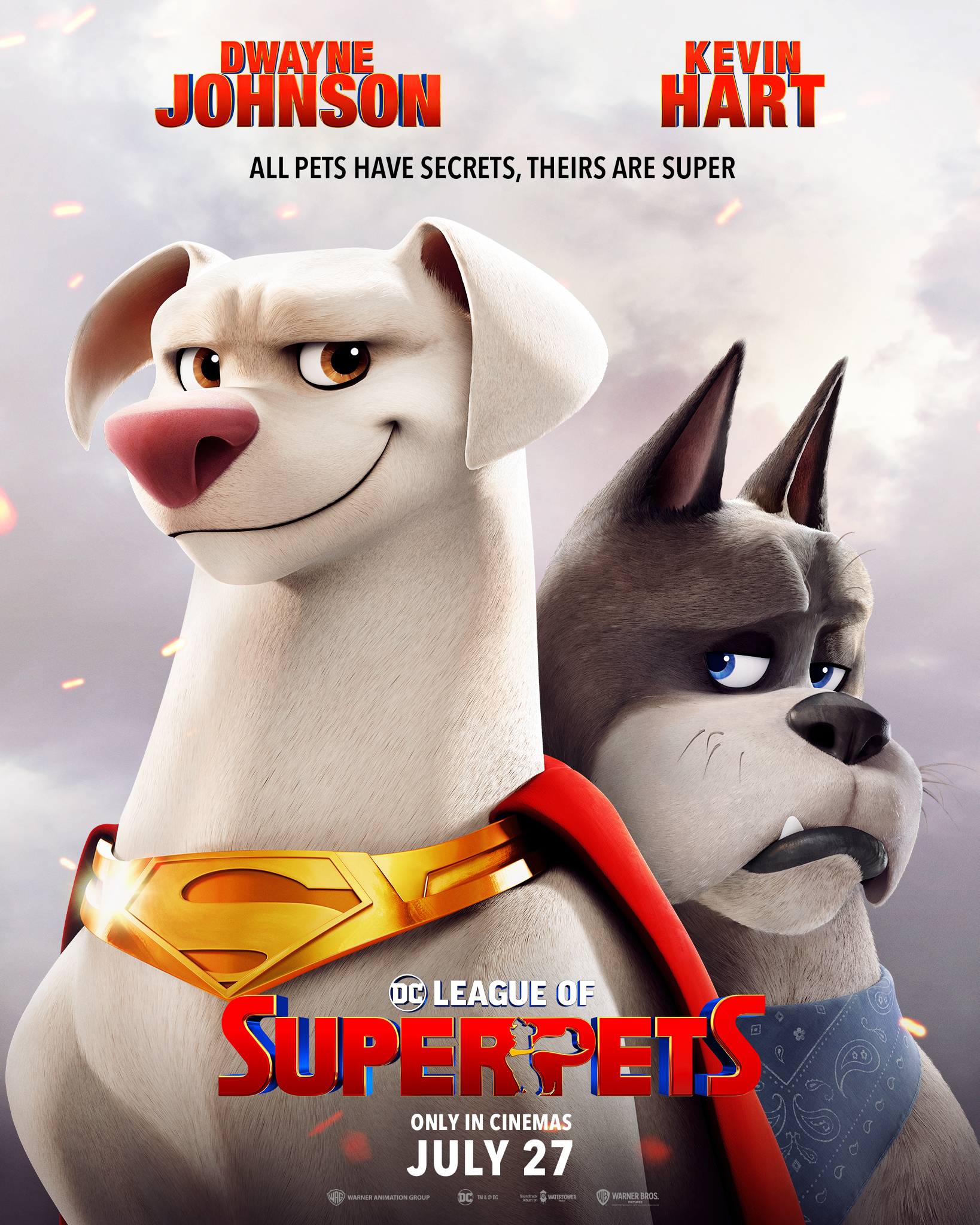 Photo Credit: Warner Bros. Pictures
PEx Reviewer: @benchboy
Keen superhero movie fans know what superhero films are essentially about: the transformation of an erstwhile ordinary person (or group) into a power or special skill-wielding supercreature (or supergroup), his/her/their adventures/dilemmas and portrayal as underdog, and eventually their conquest of the bad guys.

So how to repackage this formula for the nth time? Uhm, feature ultra-familiar superhero characters but have talking animals as protagonists, perhaps?

Well, not that it seems like audiences are already tired of superhero flicks, but nonetheless, I guess a little extra in the creativity equation would always be welcome.

And actually, Warner Bros' new animation, DC League of Super-Pets, doesn't only come across as creative, but more importantly, fun to watch, for kids and adults alike.

The movie does start with Superman and his pet dog Krypto; the animal league only gets formed somehow as Krypto, while stripped of his powers, crosses paths with the other animals from a shelter — Ace the hound, PB the potbellied pig, Merton the turtle, and Chip the squirrel — right when they just acquired new powers from a fortuitous event and Krypto had to rescue Superman from abduction.

I did find the characterization in the film to be quite worthy of a mention because most of the characters' personas, motivations, and lines were clear, coherent, and consistent — except that this sadly does not apply to all the members of the Super-pets, who were supposedly the titular characters. It was a pity, to be honest, since it could have been interesting to explore the background stories of the other shelter animals as well.

Still, those that did get the limelight, including the villains, were good enough to make the plot exciting and the scenes witty and funny. It worked indeed that the director, Jared Stern, also co-wrote the script.

Although I thought the Justice League crew (and even Lex Luthor) were too easily taken out of the picture here, and that part where Krypto survived an apparent sacrificial gesture wasn't fully explained, I reckon they're meant to deliberately keep the story not too complicated for its target audience.

At its core, DC League of Super-Pets delivers messages of unconditional love and the importance of trusting in one's strengths, making it definitely family-friendly material.

We've heard stories of dogs saving their masters from potentially life-ending situations. Of how animals have helped those dealing with mental or mobility issues. And of course we're no less than heroes to our pets' eyes. So perhaps a pet and human relationship counts as everyday 'heroism' if you'll think about it. No exchange of words, or flying, needed.
Rating: 8.5/10
Official Hashtag: #DCSuperPets
Check out the official discussion here.
Tagged:
0 · Share on Twitter
Sign In or Register to comment.