What is the mechanics of the blockchain? 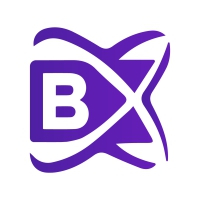 Blockchain technology is based on the concept of distributed ledger technology (DLT), whose technical foundation is a computer network that follows the peer-to-peer network principle. Solutions for creating and validating consensus rely on cryptographic methods or game theory.

TLD or Distributed Ledger Technology, also called Distributed Ledger , is a public and decentralized ledger . The content of this ledger usually consists of a concatenation of transaction data that, for example, charges account movements. A network of computers jointly supports data and each node on the network has a copy or replica of this set of data.

Let’s go back to the example:

When Hugo transfers the payment for the hat to Ana with the help of a blockchain application, the transaction is stored in a distributed ledger. From then on, all members of the app can track you.

Digital currencies such as Bitcoin , Ether, Litecoin or Dash are often used in blockchain networks instead of real currencies.

The concept of distributed ledger is based, as has already been said, on peer-to-peer networks (P2P), as they allow communication between computers of the same range. A change in the state of the data will only occur when the participating nodes in the network reach a consensus.

In the peer-to-peer networks of the blockchain development service, digital values ​​are not transmitted directly from network B to network C. Instead, all members — who, in order to interact with the blockchain, require client software that regulates both the consensus process such as data state replication–they have a copy of each data transaction they store anonymously, showing who owns what digital value at what time. When there is a change in the state of the data, each replica of each of the participating nodes is synchronized with the latest version of the blockchain.

But for a change to the database to be accepted, the computers participating in the network must decide by majority vote that the changes are legitimate. That is, only if the majority of the nodes involved accept the changes, all members of the network will have to accept them. If, on the other hand, the majority of the nodes establish that the changes are not legitimate, all the members of the network will reject it. This can happen, for example, when new data contradicts previous replicas of the blockchain. This is why, when one of the nodes wants to make changes to the blockchain deevelopment company, they must prove that they are authorized to do so.

Peer networks or peer to peer networks are a network structure in which all participating nodes have the same rights and can, in principle, perform the same functions. The peer principle is different from the client-server model, since in the latter a central server performs administration tasks for several clients. That is, while the server in a client-server architecture is usually managed by an authority (such as a service provider), the peer-to-peer network works without centralized administration.

In the field of blockchain applications, P2P connections guarantee that all participants have access to the jointly managed database of transactions, being able to interact under the same rules. The P2P principle therefore constitutes the basis for the transparent management of data transactions in a blockchain network, although it also faces two challenges: manipulation and the presence of inconsistent data.