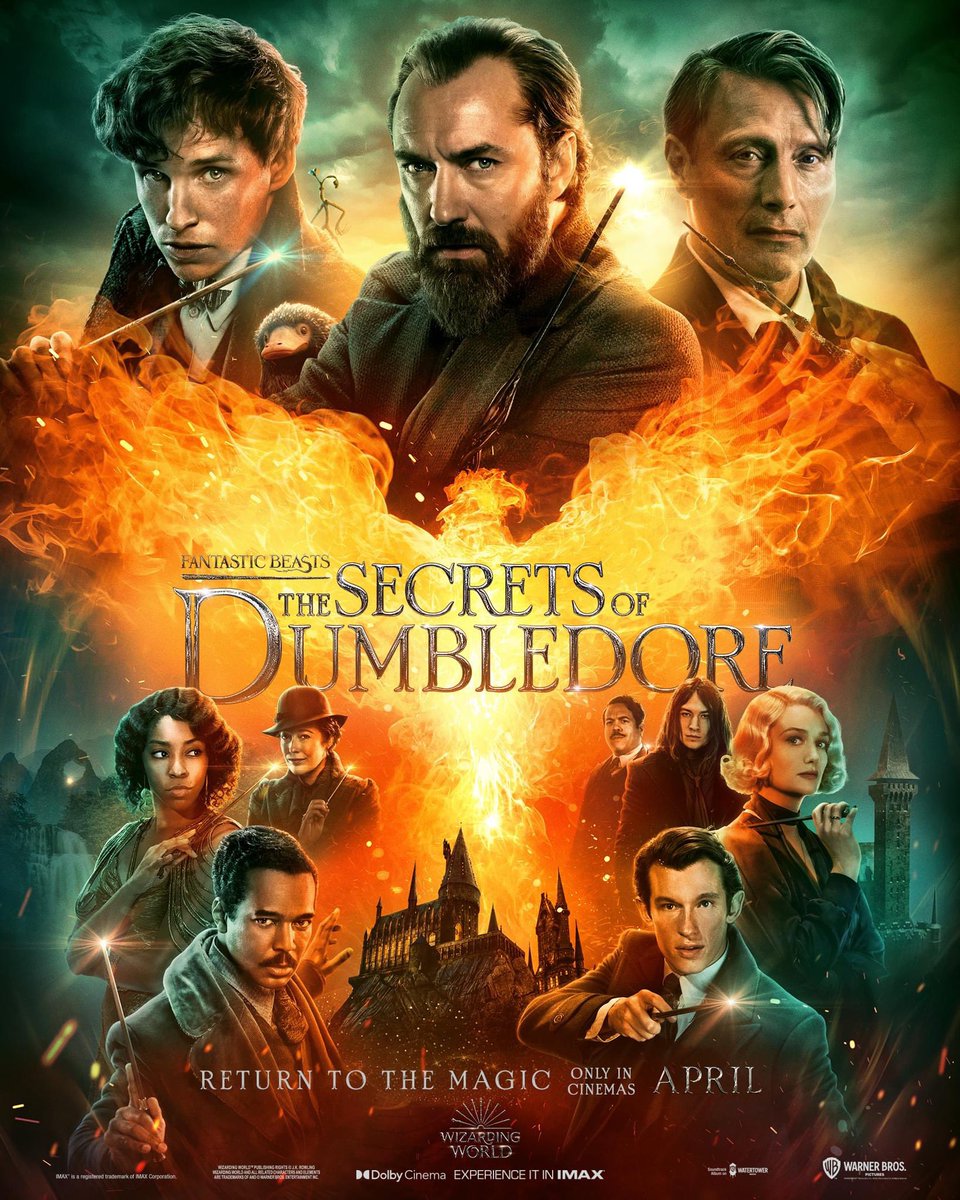 The allure of Gellert Grindelwald, and what he stands for, continues to take a grip in the magical world. Will the world’s only known magizoologist Newt Scamander thwart his latest scheme? Will Hogwarts’ current transfiguration teacher Albus Dumbledore finally be able to join the fight? And will hanging questions left in the previous movie finally be answered?

Fantastic Beasts: The Secrets of Dumbledore is the third movie in the second franchise to the Wizarding World of J.K. Rowling films. Set in the 1920s, it explored the magical world outside Hogwarts and expanded what we knew about wizards and spells, creatures and people, and places and events. Above all these, Secrets of Dumbledore puts a spotlight in the characters we’ve grown to love and cheer for, and the personal struggles they face every single day. In this movie review, we will tackle three things: a) the story, b) the characters, and c) the magic (i.e. direction, cinematography, visual effects).

The Story
Secrets of Dumbledore is a successful comeback to the rather lackluster storyline and progression of events we’ve been forced to bear in Crimes of Grindelwald. For the third movie, David Yates, David Heyman, and J.K. Rowling weaved a fantastic story that put a highlight in traditions, politics, and the humanity within the wizarding world. Concepts that haven’t really been explored in the first two movies nor in the entire Harry Potter movie franchise. This enabled the movie to offer its audiences something fresh, which they packaged in suspenseful twists, hilarious antics, and unmatched (magical) fight scenes. If you loved the match between Dumbledore and Voldemort in Order of the Phoenix, you better be prepared for when Albus and Gellert face each other in a fiery, out-of-this-world duel for the very first time.

The Characters (and The Actors Who Portray Them)
Secrets of Dumbledore see the return of characters we love and the introduction of new ones that are equally quirky and memorable. The most prominent among them is Professor Eulallie ‘Lally’ Hicks, whose eccentricities and pure genius was totally given justice by the wonderful Jessica Williams. In every scene she’s in, one can expect to be dazzled by the magic she performs and how she uses every bit of her personality and mannerisms to leave a mark.

Among the returning characters, Albus Dumbledore played by Jude Law provided the best emotions throughout the film. Here, we see Law use the same motivations he used in Wilde to convey Dumbledore’s love for Grindelwald, and the pain it has caused him knowing that he has to put a stop to the evil things the man he loves plans to do.

The most disappointing portrayal, however, is that of Gellert Grindelwald which was recast to Mads Mikkelsen. Mikkelsen is a great actor, without a doubt. However, he wasn’t able to show that spark, that chemistry with Law’s Dumbledore. Mads succeeded in portraying Gellert as a despicable guy, but tragically failed to convince viewers that he was Law’s douche of an ex-boyfriend.

The Magic (Direction, Cinematography, and Visual Effects)
Fantastic Beasts won’t be what it is without the presence of wonderful creatures, and Secrets of Dumbledore did not disappoint in this aspect. However, it seems the third movie went more with showcasing magical beings that evoke awe rather than fierceness, compared to what audience members are treated to in the first two films in the franchise. It would’ve been good if they threw in two or three creatures there that Hagrid would’ve found adorable just to put emphasis on the Fantastic Beasts part of the title.

In terms of direction, Yates did a masterful job as a storyteller. The jump from one scene to another, and from one place to another, was so natural that it made it easier for viewers to appreciate everything that’s happening, whether it be the tiny details to every spell that’s cast or every one-on-one interactions between the characters. No one could do better what Yates has done in exploring and showing every new inch of the magical world the way he does it.

The same thing goes for the camerawork (and the editing). Secrets to Dumbledore has got to have the most complex magic and dueling scenes since Deathly Hollows Part 2, but the cinematography did it justice. When one watches how characters battle it out, one suddenly loses words to describe how amazing the shots are at showing every detail of spells and that of the emotions and thoughts going through the wizard that casted it. It made sure that those same emotions and thoughts are felt by the earnest audience, who are drawn to the scenes themselves feeling the intensity of the ensuing battles. Fantastic Beasts: The Secrets of Dumbledore lives up to the hype and more. Fans and non-fans alike are sure to enjoy the magic of it all, from the carefully crafted stories to the complex characters down to the amazing camerawork and visual effects. This is definitely a movie that does not disappoint, and would certainly exceed people’s expectations. Secrets of Dumbledore is absolutely magical from start to finish!