More than 100 Republicans threaten to form 3rd party over Trump 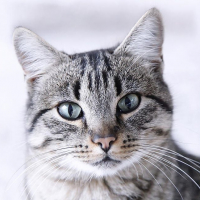 karel_m PEx Rookie ⭐
May 2021 in Local and Foreign Issues #1
More than 100 Republicans will sign a letter Thursday threatening to create a third party if the GOP doesn't "break" with former President Trump, Reuters first reported.
Why it matters: Per Axios' Mike Allen and Jim VandeHei, Trump's grip on the GOP has gotten stronger since the Jan. 6 Capitol riot. The Republican Party's "allegiance to Trump" as he continues to make false claims about his 2020 election loss has "dismayed" the group, according to Reuters.
https://www.axios.com/republicans-trump-third-party-threat-reports-c8724635-8b10-4081-a50d-ccd3304dc529.html
Exciting times ahead...