Pay people $1,000 to take coronavirus vaccine and avoid 'a lot of angst': Economist

Pay people $1,000 to take coronavirus vaccine and avoid 'a lot of angst': Economist 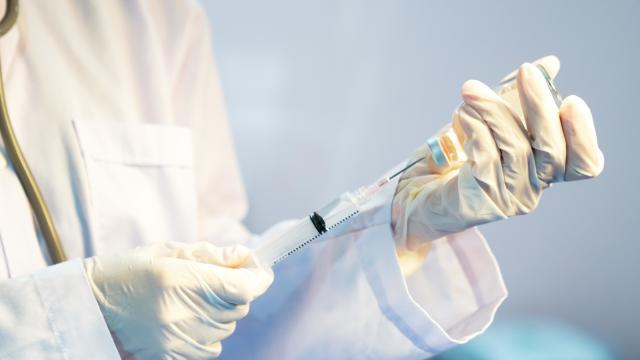 The past two weeks have brought a rush of positive news about coronavirus vaccine efficacy from two of the big frontrunners in development. Pfizer said this week its final trial results showed its vaccine had a 95% success rate (coming a week after initial results showed the vaccine was more than 90% effective.) Moderna this week said preliminary data for its vaccine showed 94.5% effectiveness.

While the initial wave of free vaccines will most likely go to the country’s most vulnerable populations, reaching herd immunity to effectively slow the spread of the virus requires that about 70% of the population be vaccinated.

How to ensure the U.S. reaches that level?

The idea of paying Americans to take the vaccine has been floated as a way to achieve that 70% goal. Robert Litan, an economist who served in President Clinton’s administration, first proposed that the government spend $275 billion to pay Americans $1,000 each to reach 80% herd immunity in August. At that time, the prospect of a more than 90% effective vaccine seemed far fetched. Dr. Anthony Fauci, director of the National Institute of Allergy and Infectious Diseases, said he would “settle” for a vaccine that is 70% to 75% effective.

Paying people $1,000 to take the coronavirus vaccine is the price of returning to a “normal” post-pandemic life, Litan told Yahoo Finance.

The proposal underscores the risks in having a public skeptical of taking a new vaccine. According to a Yahoo Finance-Harris Poll conducted in October, nearly two-thirds of Americans have concerns about the fast-tracked COVID-19 vaccine, the product of Operation Warp Speed. Similarly, a Pew Research Center survey found that about half of U.S. adults (51%) said “they would definitely or probably get a vaccine to prevent COVID-19 if it were available today; nearly as many (49%) say they definitely or probably would not get vaccinated at this time.”

However, skepticism might be easing: according to a recent Gallup poll, 58% of Americans said they would take the vaccine in October, up from 50% in September.

As coronavirus cases surge across the country and governors reimpose restrictions on businesses (and Thanksgiving gatherings), the vaccines offer Americans hope of moving to post-pandemic life.

Free vaccines for Americans are the best option, said Litan, who is a non-resident senior fellow at the Brookings Institution. However as a Plan B, he said, financial incentives should be offered to Americans reluctant to take the vaccine in order to reach herd immunity.

The coronavirus pandemic has claimed at least 250,000 lives in the U.S. (David Foster/Yahoo Finance)7

“Really what we’re talking about is converting those people on the edge, people who are maybe distrustful of the FDA. People who just don’t want to get the shot because it hurts,” Litan said. “They’re worried about the shot effects, etc., or...don’t want to go through the trouble of going to the doctor or hospital to get the shot. It’s those people. Those people are maybe 10%-20% of the population. If we can flip them and get them to take the shot, if we really need it, that’s who I think the payment is for.”

While there is concern that anti-vaxxers, members of the anti-vaccine movement, would refuse to take the vaccine, Litan believes herd immunity could be reached without them. “I am not counting on the money converting a true anti-vaxxer,” he said. “We don’t know really what the true proportion of anti-vaxxers are in the total population, but I don’t think it’s as high as 30%.”

Litan cautioned against a federal vaccine mandate which would cause “a lot of angst, if not severe trouble.”

“I’d rather induce people to take the vaccine with honey rather than vinegar and actually pay them to do it. That’s just my personal preference and I think politicians will be more amenable to that than a mandate,” he said. “To get Main Street back to normal so we can go to sports events and basically get our lives back to normal, I think that would be a small price to pay.

If voters can vote more than once, expect there would be those who would get vaccinated twice.