A PINOY lawyer helping Trump? - PROUD TO BE PINOY!!!! — Buhay Pinoy — PinoyExchange
Home› PEx Family and Society› Buhay Pinoy
Speak your mind, but mind what you post. Let's not spread disinformation and/or misinformation.

A PINOY lawyer helping Trump? - PROUD TO BE PINOY!!!! 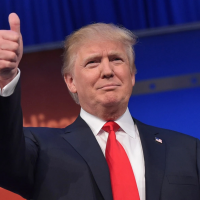 Fil-Ams I hope will flip sides to the Republicans in the years to come. Ilan kaya bumoto kay Trump nitong nakaraan election.
1 · Share on Twitter