What is the Difference Between Retrenchment and Redundancy? 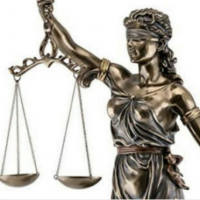 Retrenchment as authorized cause for dismissal is rooted from the principle that losses in the operation of the enterprise, lack of work, or considerable reduction on the volume of business may justify an employer to reduce the work force. However, for retrenchment to be a valid authorized cause for dismissal, the three (3) basic requirements are:

In several cases decided by the Supreme Court, it has been repeatedly held that, while retrenchment is a valid exercise of management prerogative, it is well settled that economic losses as a ground for dismissing an employee is factual in nature, and in order for a retrenchment scheme to be valid, all of the following elements under Article 298 (283) of the Labor Code must concur or be present, to wit:

The absence of one element renders the retrenchment scheme an irregular exercise of management prerogative. The employer’s obligation to exhaust all other means to avoid further losses without retrenching its employees is a component of the first element enumerated above. To impart operational meaning to the constitutional policy of providing full protection to labor, the employer’s prerogative to bring down labor costs by retrenching must be exercised essentially as a measure of last resort, after less drastic means have been tried and found wanting (Philippine Airlines, Inc. vs. Ligan 792 SCRA 553 , June 08, 2016). Hence, a lull caused by lack of orders or shortage of materials must be of such nature as would severely affect the continued business operations of the employer to the detriment of all and sundry if not properly addressed (Sanoh Fulton Phils., Inc. vs. Bernardo).

Redundancy exists when the service capability of the workforce is in excess of what is reasonably needed to meet the demands of the enterprise. A reasonably redundant position is one rendered superfluous by any number of factors, such as overhiring of workers, decreased volume of business, dropping of a particular product line previously manufactured by the company or phasing out of service activity priorly undertaken by the business. Among the requisites of a valid redundancy program are: (1) the good faith of the employer in abolishing the redundant position; and (2) fair and reasonable criteria in ascertaining what positions are to be declared redundant and accordingly established (Ocean East Agency vs. Allan I. Lopez, G.R. No. 194410, October 14, 2015).

Under Article 298 (283) of the Labor Code, the following are the requirements for dismissal of employment due to Redundancy:

In addition to the above, the Supreme Court in the case of American Power Conversion Corporation et al., vs. Jason Yu Lim, G.R. No. 214291, January 11, 2018, explained that, the declaration of redundant positions is a management prerogative, an exercise of business judgment by the employer. It is however not enough for a company to merely declare that positions have become redundant. It must produce adequate proof of such redundancy to justify the dismissal of the affected employees. The following evidence may be proffered to substantiate redundancy:

Summary of the Differences between Retrenchment and Redundancy

Nevertheless, regardless of the distinction between retrenchment and redundancy, all employers must be reminded that, employment to the common man is his very life and blood, which must be protected against concocted causes to legitimize an otherwise irregular termination of employment (Am-Phil Food Concepts, Inc. vs. Padilla 737 SCRA 339, October 01, 2014). Thus, imagined, falsified or undocumented business losses cannot be used to justify retrenchment and/ or redundancy (International Management Services vs. Logarta 670 SCRA 22, April 18, 2012 and American Power Conversion Corporation et al., vs. Jason Yu Lim).