How to prevent sexual harassment in the workplace? — The Working Filipino — PinoyExchange.com

How to prevent sexual harassment in the workplace? 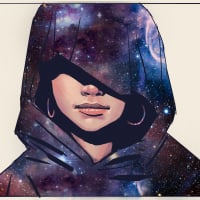 Sexual harassment is a form of misconduct that undermines employment relationship. As such, no employee, whether male or female, should be subjected verbally or physically to unsolicited and unwelcome sexual overtures or conduct [See: Policy Form, DOLE-NCR]. This is especially true considering that acts of sexual harassment are often being committed in the workplace, where the superior, using his moral ascendancy over his subordinates, preys upon the latter in soliciting sexual favors or committing sexual advances. With this, employers must endeavor to protect their workplace by preventing any form of sexual harassment from happening within.

Who can commit sexual harassment in the workplace?

Under the Anti-Sexual Harassment Act (R.A. No. 7877), work-related sexual harassment can be committed by an employer, employee, manager, supervisor, or any other person who has authority, influence or moral ascendancy over another in a work environment.

Such persons commit sexual harassment when they demand, request, or otherwise require any sexual favor from the other. It does not matter whether the latter accepts such sexual demand, request or requirement [See: Sec. 3].

A demand or request for, or requiring a sexual favor may not always be expressed explicitly, as the harasser may proceed with a sexual advance without making a prior demand or request. Certainly, sexual harassment can take place in many different ways. A female worker need not be propositioned, touched offensively, or harassed by sexual innuendo, as sexual harassment can result from conduct other than explicit sexual advances [See: Habaradas, Ateneo Law Journal, Vol. 52 (2007), p. 118 and 119].

Sexual harassment may be committed in any of, but not limited to, the following forms:

It must be noted, though, that sexual harassment does not refer to occasional compliments of a socially acceptable nature [Ibid].

When is sexual harassment committed?

In a work-related or employment environment, sexual  harassment is committed when sexual favor is made as a condition in the hiring, employment, re-employment or continued employment of an individual. There is also sexual harassment if the sexual favor is made a condition in granting said individual some favorable compensation, employment terms, promotions, or special privileges [See: Sec. 3(a)(1)]. Even the opposite is true, as sexual harassment is also committed when the refusal to grant the sexual favor would result in limiting, segregating or classifying the employee which in any way would discriminate, deprive or diminish employment opportunities or otherwise adversely affect said employee [Ibid].

For guidance, one must determine whether the sexual demand, request or requirement would impair the employee’s rights or privileges under existing labor laws [See: Sec. 3(a)(1)], or would result in an intimidating, hostile,  or offensive environment for the employee [See: Sec. 3(a)(2)]. If so, then there is sexual harassment.

Certainly, the employer has the duty to prevent or deter the commission of acts of sexual harassment. Thus, the employer has to create the necessary policies against it, as he is mandated by law to provide for the procedures for the resolution, settlement or prosecution of such acts [See: Sec. 4].

In this regard, the employer shall create what is known as the Committee on Decorum and Investigation (CODI). Said committee shall conduct meetings with the officers and employees, receive complaints, as well as hearing and investigating sexual harassment cases, submitting findings of investigations to the disciplining authority, and conducting discussions within the workplace to increase understanding and prevent incidents of sexual harassment [See: The CODI and Administrative Disciplinary Rules].

The CODI shall be composed of at least one representative each from the management, the union, if any, the employees from the supervisory rank, and from the rank and file employees [See: Sec. 4(b)].

Penalties and other liabilities

Moreover, commission of sexual harassment is considered as serious misconduct, which is among the just causes for termination of employment. Thus, an employee who commits said act may be dismissed after observing due process [See: G.R. No. 106341].

Sexual harassment is an imposition of misplaced superiority, which is enough to dampen an employee’s spirit and her capacity for advancement. It affects her sense of judgment; it changes her life [See: G.R. No. 155831]. In the words of former Chief Justice Reynato Puno, “[s]exual harassment abounds in all sick societies. It is reprehensible enough but more so when inflicted by those with moral ascendancy over their victims [See: G.R. No. 106341]. With a clear picture of what sexual harassment is about, employers should realize how important it is for them to put up policies for their respective establishments, and enforce them with fervor.