The results of a clinical trial in France and studies conducted in lab settings are building hope that a drug usually used to treat malaria and arthritis can treat and possibly cure coronavirus patients, though scientists say more data is needed before drawing a firm conclusion.

“It has a lot of potential, though we’re not going on a lot of data yet,” Dr. Peter Hotez, the dean for the National School of Tropical Medicine at the Baylor School of Medicine, said of early studies of hydroxycholoroquine, a malaria drug developed in the 1940s.

Birx said that the drug is being studied “very carefully,” as are several other potential therapeutics.

On Tuesday, a team of French scientists released the first results of a clinical study of the use of hydroxychloroquine on 24 coronavirus patients from southeast France.

The research team, led by Didier Raoult, a renowned infectious disease expert from l’Institut Hospitalo-Universitaire in Marseille, administered the drug for 10 days along with azithromycin, a common antibiotic.

Researchers said the drugs cleared the virus in the nose and throat of most observed patients in three to six days. The study found that after six days of treatment, 70 percent of patients administered hydroxychloroquine were clear of the virus, compared to just 12.5 percent of patients who were not given drugs.

“We therefore recommend that COVID-19 patients be treated with hydroxychloroquine and azithromycin to cure their infection and to limit the transmission of the virus to other people in order to curb the spread of COVID-19 in the world,” wrote researchers, who acknowledged the small sample size of the study. 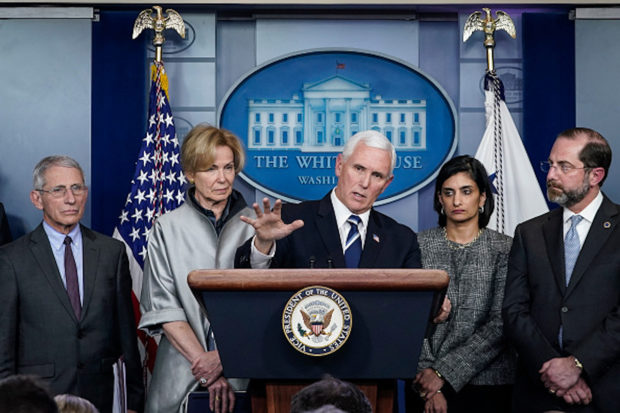 Hotez, the infectious disease expert, told The Daily Caller News Foundation he was “enthusiastic” about early results of studies involving hydroxychloroquine, though he said more data is needed to determine if the drug can effectively treat coronavirus.

“We urgently need to accelerate new antimicrobial therapies. If hydroxychloroquine could be approved in therapy it would be a game-changer,” Hotez said.

“The important next step is to show that it has an impact on reducing severity of symptoms in clinical disease.”

Hotez said that an ideal study would be conducted in areas with high rates of transmission, such as the Lombardy region in Italy.

More clinical trials are underway. A researcher at Asan Medical Center, a top research hospital in South Korea, is conducting a clinical trial of 150 patients with mild cases of coronavirus. The lead researcher, Sung-Han Kim, estimates that the trial will be completed in May.

According to NBC News, French drug maker Sanofi is working with health authorities to study whether hydroxychloroquine can help with coronavirus. The company is encouraged by preliminary findings, according to NBC News, but still does not have enough data to determine its efficacy.

Health officials in Belgium and South Korea have recommended the use of hydroxychloroquine patients displaying either severe or mild symptoms from COVID-19, the disease caused by coronavirus.

The United Kingdom appears to have some hope for the drug. On Sunday, government officials there banned the export and hoarding of hydroxychloroquine and two other drugs that could be useful as therapeutics, according to Pharmaceutical Technology.

Is this the proverbial lght at the end of the tunnel?