How the Governments Save Lives from COVID-19: Coronavirus Measures of Countries — Local and Foreign Issues — PinoyExchange.com

How the Governments Save Lives from COVID-19: Coronavirus Measures of Countries 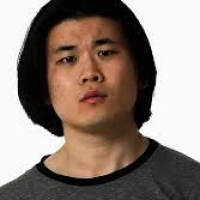 Emergency bill passed to combat coronavirus
The US passed an $8.3bn Emergency Coronavirus Response bill on 04 March to combat the spread. States will receive millions of dollars as aid to respond to the coronavirus situation.
Travel restrictions
The US started public health entry screening at key airports, which handle the majority of travellers from China, on 17 January 2020. The US President signed a proclamation on 31 January banning the entry of all individuals from China or those who have transited through China 14 days prior to entry into the US. The ban did not include permanent residents and permanent visa holders, however.
The country has currently issued Level 3 travel advice to China, iraI, South Korea and Italy, Level 2 travel advice to Japan and Level 1 notice to Hong Kong.
Evacuations from Diamond Princess cruise ship
The Diamond Princess cruise ship had more than 400 US citizens onboard. The US government evacuated 338 citizens in two charter flights on 17 February.
0 · Share on Twitter
«123456»