Which Countries Are Not Positive In Preventing COVID-19??? — Local and Foreign Issues — PinoyExchange.com

Which Countries Are Not Positive In Preventing COVID-19??? 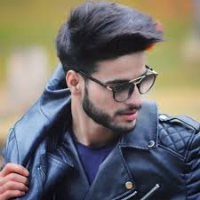 JoseSantos12 PEx Rookie ⭐
March 11 edited March 11 in Local and Foreign Issues
Italy. Italy expanded its COVID-19 lockdown to include the whole country, affecting about 60 million people. Besides, Italy's government has reacted to the rapid rise of Covid-19 cases and canceled all sporting events until Apr. 3, 2020.

U.S. U.S. officials all but admitted that efforts to contain the spread of the novel coronavirus, COVID-19, have failed and that the country now needs to move to mitigate the effects of the continuing spread of the disease on the nation’s health and economy.

Iran. Iran has temporarily released 70,000 prisoners from jail to battle the spread of the virus in the facilities.

China. Chinese hospitals overflowing with COVID-19 patients a few weeks ago now have empty beds. And the number of new cases reported each day has plummeted the past few weeks.
South Korea. South Korean President Moon Jae-in has declared "war" on the novel coronavirus after the country has recorded more than 5,000 confirmed cases and more than 30 deaths.
Japan. As COVID-19 intensifies in Japan, many companies are taking steps to reduce the likelihood of infection caused by aggregation.
Philippine. The Philippines government is taking several steps to control the spread of the virus, including travel restrictions, closure of schools and colleges, as well as training schools of the Philippines National Police.
Tagged:
0 · Share on Twitter
«1234»