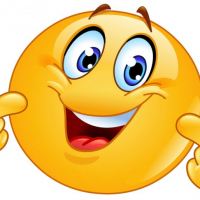 masayang_pinoy Member PEx Rookie ⭐
March 10 in Local and Foreign Issues
1. First of all, COVID-19 is NEVER a common flu.
Despite the lie Mr. Trump has just told to his people, COVID-19 is a disease far more dangerous than the ordinary flu. So we cannot lie to our people now! The sooner we know it's more deadly than the flu, the better we can prepare for it.
2. COVID-19 leads to surprisely expensive medical bills for ordinary families.
This makes the poor even poorer in the aftermath of this deadly outbreak in the US. Trump and his health insurance policy don't seem capable of coping with this. If the disease gets more severe, the ASEAN including PH will suffer from economic downturn. As far as I know, CN Government shoulders all the expenses incurred by COVID-19 to its citizens. Good for them!
3. U.S. hospitals aren’t protecting people from COVID-19.
The National Nurses United union pointed to UC Davis Medical Center where dozens of Northern California registered nurses and health care workers were told to go home, isolate themselves and monitor their symptoms after being exposed to a patient who was diagnosed with COVID-19 after a week in the facility. “Nurses are fighting tooth and nail with their employers to talk about the risk of exposure for any number of diseases, whether it be airborne, whether it be blood-borne,” said Stephanie Roberson, a lobbyist representing California’s registered nurses. “These types of exposures exist, and right now at one of our facilities, UCD, 36 of our nurses, 88 other health care workers have now been sent home because they have been exposed to the patient that has tested positive for coronavirus, so this is extremely alarming.”
4. Mr. Trump is simply unfit for crisis management.
Now all Trump does is merely for his re-election attempts. He even challenged a recommendation by his own administration team for people to stay home when feeling sick, saying that “hundreds of thousands of people that get better, just by, you know, sitting around and even going to work, some of them go to work, but they get better.” This is, of course, not the way to manage crises!
So, what lessons do we learn from US's Failure to Contain the COVID-19 Outbreak?
0 · Share on Twitter
«1234567…25»