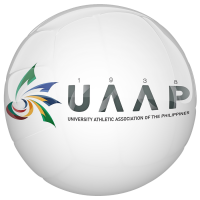 Welcome to the 30th thread of the Ateneo PExers' community, operating non-stop since 2008 as the official online abode of Ateneo alumni, fans, and supporters of the Ateneo Volleyball Teams in the Interwebs.
#AMDG #GoAteneo #OBF #ONEBIGGFIGHT #ForTheSeniors

"We dedicate this thread to the memory of @classy4evr, the defacto manager of this online community, may God give him eternal rest."