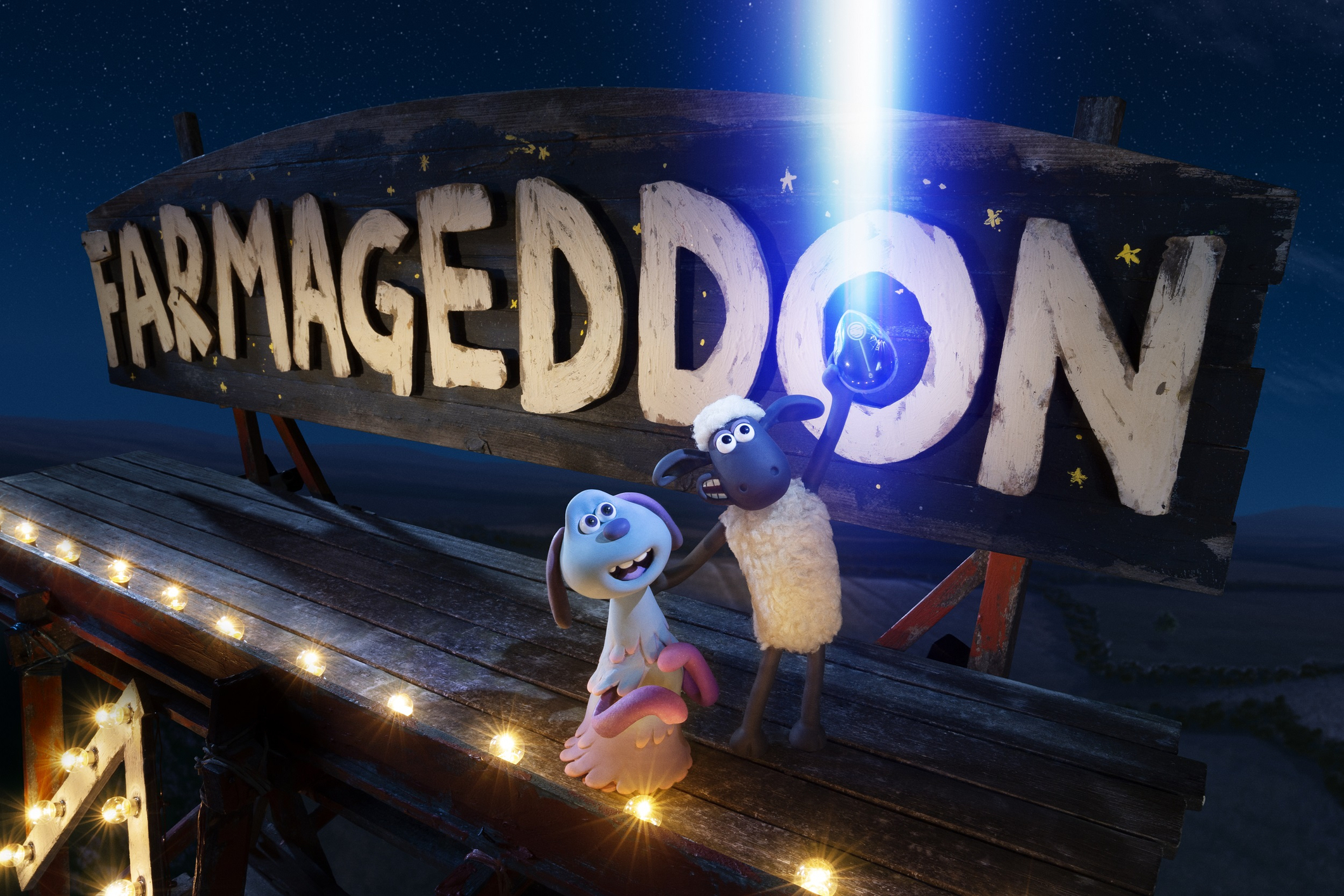 THE WORLD’S MOST BELOVED SHEEP IS BACK IN “SHAUN THE SHEEP MOVIE: FARMAGEDDON”

From the successful TV series to a  smashing full length feature film hit in 2015, A-list star Shaun The Sheep is back on the big screen in “Shaun the Sheep Movie: Farmageddon” as he boldly goes where no sheep has gone before.

Taking the audience for a hilarious intergalactic adventure, Farmageddon breaks Shaun’s blissful and mischievous daily existence on the arrival of an crazy and sparkly purple-blue alien named Lu-La.  Her magical alien powers, irrepressible mischief and galactic sized burps soon have the flock enchanted and Shaun takes his new extra-terrestrial friend on a road-trip to Mossingham Forest to find her lost spaceship.

Little do the pair know, though, that they are being pursued at every turn by a mysterious alien-hunting government agency, spearheaded by the formidable Agent Red and her bunch of hapless, hazmat-suited goons.

Directed by Will Belcher and Richard Phelan, the exciting sequel isn’t just a movie for its directors, but rather a dream, not without its nightmarish moments that elevates the world of Shaun to epic new genre heights. “This is a movie that’s about friends and responsibility and what it’s about to meet someone and become best friends. But then we also bring some villains in. We’re always asking ourselves questions like, ‘What if Lu-La is as cheeky as Shaun? Why do they get along so well? Is her home a bit like his home?’ We’re always playing with those ideas,” shares Phelan.

Shaun’s stories are told through the eyes of a boy and his mates. And there’s limitless appeal to a sheep doing things in the human world that the humans don’t see. He’s a challenge to create because in some ways the possibilities are limitless. But there are certain rules without dialogue. We have to tell the character story as well as make it fun and slapstick. But I just love it. A lot of this is based on ideas that relate to our lives. Things that are universal in appeal, hopefully.”

Check out the Shaun the Sheep Farmageddon trailer