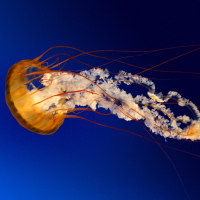 Executive Secretary Salvador Medialdea confirmed that Peralta got the appointment.

Peralta, the most senior magistrate of the three candidates, beat out Associate Justices Estela Perlas-Bernabe and Andres Reyes, Jr. for the post. Associate Justice Jose Reyes Jr., the fourth applicant, did not make the shortlist provided to the President by the screening body Judicial and Bar Council.

An appointee of former president Gloria Macapagal-Arroyo, Peralta voted in favor of Duterte's declaration of martial law in Mindanao and its subsequent extensions, the ouster of Duterte critic and former chief justice Maria Lourdes Sereno, and for Arroyo's acquittal in a plunder case.

He wrote the decision for the burial of former president Ferdinand Marcos at the Libingan ng mga Bayani and concurred in the declaration of the Priority Development Assistance Fund or pork barrel as unconstitutional.

The Laoag native and University of Santo Tomas law alumnus started out as a public prosecutor in 1987 then went on to become a trial court judge, an associate justice and later the presiding justice of the Sandiganbayan before he was appointed to the SC in 2009.

Peralta will retire from the judiciary when he turns 70 in March 2022.