How to Settle the South China Sea Question Once and For All (China Won't Like It) — Local and Foreign Issues — PinoyExchange.com

Hint: it involves these missiles.

Key Point: Here’s another American solution to China’s claims over the South China Sea: offer long-range rockets to the Philippines.

The United States and the Philippines have been discussing whether the Filipino military should buy the High-Mobility Artillery Rocket System (HIMARS), a multiple rocket launcher used by the United States and other nations, according to the South China Morning Post.

“If deployed, the long-range, precision-guided rockets fired by the system would be able to strike Chinese man-made islands on reefs in the Spratly chain,” the newspaper said. HIMARS is a lighter, more mobile six-barreled version of the U.S. Army’s M270 multiple rocket launch system (MLRS). It can shoot rockets out to 70 kilometers (43 miles) and GPS-guided ballistic missiles out to 300 kilometers (186 miles). 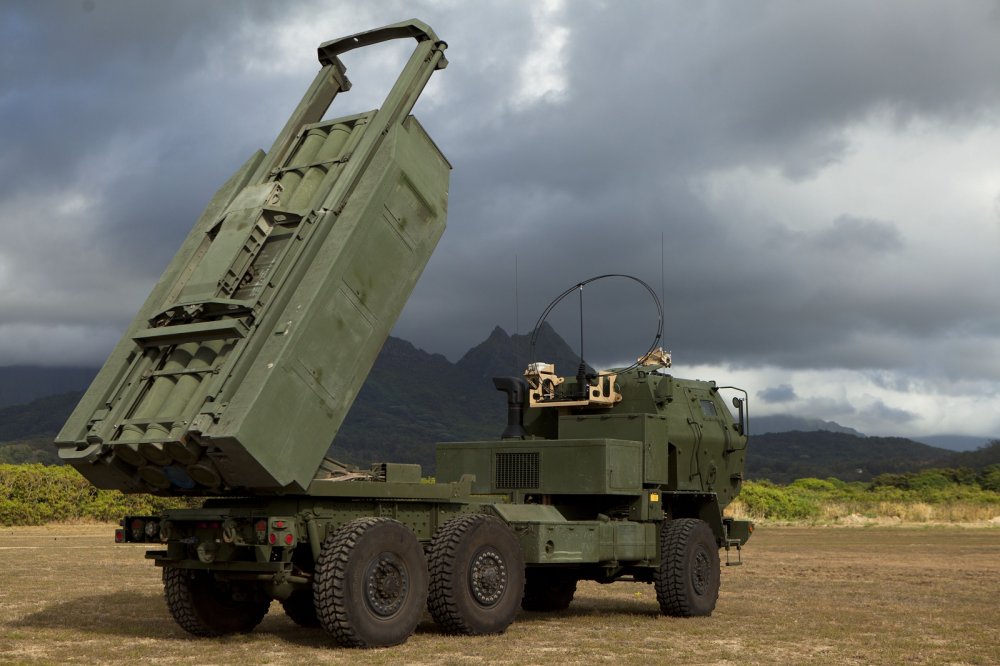 However, funding from the cash-strapped Philippines is a hurdle. “The two sides have been unable to reach a deal because HIMARS could be too expensive for Manila given its tight defense budget,” said the newspaper.

Exactly how much does HIMARS cost? Manufacturer Lockheed Martin refused to give cost estimates, instead referring queries to the U.S. Army’s Aviation and Missile Command, which didn’t respond to questions from TNI. The cost of HIMARS is split between the launcher itself and separate contracts for various munitions including guided and unguided rockets, the longer-range Army Tactical Missile System (ATACMS) missiles, and weapons under development such as extended-range rockets and the Precision Strike Missile.

Some estimates put the cost of a HIMARS guided rocket at $100,000 to $200,000 apiece, or an ATACMS at more than $700,000 apiece. Another clue is that Poland recently signed a $414 million contract for eighteen launchers plus support and training. With the 2019 Philippines defense budget at only $3.4 billion, a big HIMARS purchase would be a strain.

Yet HIMARS is still a cheaper option than, say, a $1.4 million Tomahawk cruise missile. And the Philippines had already had a taste of HIMARS. The weapon was deployed there by U.S. Marines in 2016 during the joint U.S.-Philippines Balikatan exercises. Collin Koh Swee Lean, a Singaporean defense analyst, told the South China Morning Post that “there were two possible locations for the system: Palawan province in the Philippines and Thitu, or Zhongye in Chinese—the largest island held by Manila in the disputed Spratly chain. From Palawan, HIMARS could launch a missile at its maximum range to hit China’s man-made island at Mischief Reef, Koh said. But Thitu island would also be vulnerable to PLA air and missile strikes because it is only about 22 kilometers (14 miles) from China-occupied Subi Reef, and within striking range of missiles originating from the Paracel Islands and Hainan.”

The cheaper price tag of HIMARS compared to other weapons does make it attractive. “The idea of purchasing HIMARS systems may be one of the few viable options in response to China's artificial islands and continuing and increasingly provocative actions in the SCS [South China Sea],” says Jay Batongbacal, director of the Philippines-based Institute for Maritime Affairs and Law of the Sea.

Yet Batongbacal does not see a sale any time soon. “The Philippines is probably not yet in a position to make a purchase,” he told The National Interest. “It is also not likely to arm its own possessions significantly, for fear of Chinese reaction.”

American experts agree. “Absent an abrupt change in foreign policy outlook by President Duterte, it is unlikely the Philippines would acquire HIMARS in the near future,” says Brian Harding, an Asian security expert at the Washington-based Center for Strategic and International Studies. “In addition to the price tag, Duterte would likely find HIMARS to be too provocative vis-à-vis China.”

But Harding believes this could change. “Just as Duterte has dramatically reoriented Philippine foreign policy, there could again be an abrupt change with a new president in 2022. A new president could also seek to accelerate the implementation of the U.S.-Philippines Enhanced Defense Cooperation Agreement, which could potentially provide an avenue for the United States to deploy systems such as HIMARS in the Philippines.”

Indeed, perhaps the more interesting possibility isn’t Philippines-owned rockets, but American-operated rockets on Philippines soil. “I think observers shouldn’t just think about capabilities that the Philippines could acquire on its own,” Harding warns. “EDCA provides a vehicle for the United States to deploy its own platforms on a rotational basis, which could be a way to potentially move high-end capabilities into the region, if agreed to by leaders.”

But Harding believes this could change. “Just as Duterte has dramatically reoriented Philippine foreign policy, there could again be an abrupt change with a new president in 2022. A new president could also seek to accelerate the implementation of the U.S.-Philippines Enhanced Defense Cooperation Agreement, which could potentially provide an avenue for the United States to deploy systems such as HIMARS in the Philippines.”

Yet, for all we know, 2022, might be too late to better the Philippines' situation. China is pressuring Philippines to s trade agreement and the dropping of the Hague ruling!