The names will be published soon per Sen Gordon 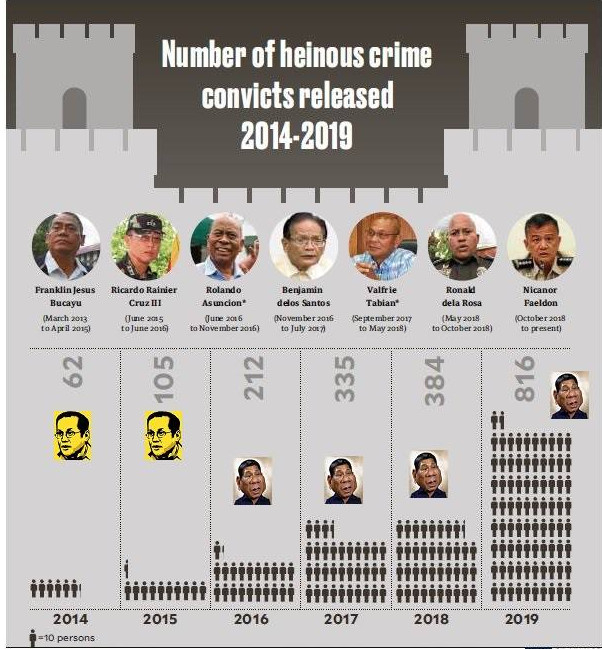 "Provided, finally, That recidivists, habitual delinquents, escapees and persons charged with heinous crimes are excluded from the coverage of this Act."