Is ABS-CBN really at risk of non-renewal of franchise? — Showbiz - General — PinoyExchange.com

Is ABS-CBN really at risk of non-renewal of franchise? 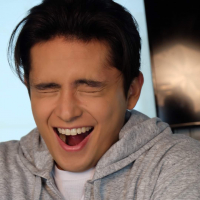 I think it's better for us to discuss this here as it's not something we should not ignore. Aside from the fact that thousands of employees working with ABS-CBN including their contract artists might lose their jobs, history will also repeat itself considering a bully President of PH Republic is taking this against a media giant simply because they are not in favor of him.

As an avid Kapamilya for the longest time, it is quite disturbing to think of this as ABS-CBN has been providing us pure entertainment for the past 65 years and I just can't imagine our local TV without them.

Okay let's say, franchise renewal will not take place in 2020, what will happen to the network? Will they fully conquer the online media where they are also leading? Will we see recurring shows like Showtime, ASAP, GGV, Ang Probinsyano etc on iWant moving forward? Will this also be a celebration for GMA 7 and even TV5 as it's a chance for them to reign in the local boob tube and pirate a lot of big Kapamilya stars? ABS-CBN: We can't comment on speculations about franchise renewal

MANILA, Philippines — Media and entertainment giant ABS-CBN Corp. said Thursday it cannot comment on speculations surrounding the bill that seeks to renew the company’s legislative franchise that the 17th Congress did not pass before adjourning.

ABS-CBN issued the statement to “clarify” a report by The STAR that the House of Representatives “has frozen” the Lopez-owned broadcasting firm’s franchise bill.

"ABS-CBN is unable to clarify or comment on the article as it is neither the source of the said news article nor is it privy to any claims expressed therein," the company told the Philippine Stock Exchange.

House Bill 4349, which proposes to extend the media giant’s franchise by another 25 years, had been pending at the committee level since November 2016, The STAR reported on Wednesday.

The STAR added that the House Committee on Legislative Franchises did not submit a report on the franchise bill before the 17th Congress adjourned its third and last regular session on Tuesday.

Pending bills will have to be refiled in the next Congress.

In August last year, President Rodrigo Duterte said he was personally against the renewal of ABS-CBN’s franchise as he accused the media company of swindling him.

Duterte first expressed his opposition to the renewal of ABS-CBN’s franchise on April 27, 2017, which came days after he signed a law extending the franchise of GMA Network Inc. — ABS-CBN’s rival.

In 2017, Duterte hit ABS-CBN and newspaper The Philippine Daily Inquirer for their supposed “unfair” and “slanted” reporting of his administration, adding that “corrupt” media “ails the Philippine society.”

Congress, or the legislature, is a separate branch of government from the Executive branch.