There's A Zombie On Your Phone! — Electronic Gaming — PinoyExchange.com


Home › PEx Hobbies › Electronic Gaming
COMMUNITY NOTICE: If you are having trouble in your account access, please do send us a message at [email protected] for assistance.

There's A Zombie On Your Phone! 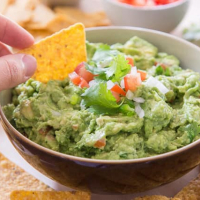 Now this game is new in the market, but it’s already good! I’ve been playing this for 2 weeks now and it has that hook on you which is the challenge factor. Medyo mahirap siya, scratch that, MAHIRAP. You get the feel of it in the first levels with Sector 01-02, which is pretty normal when it comes to difficulty. But then you reach Sector 03 madami ng zombies nalapit at nagapang, meron pa ngang zombies na natakbo sayo kaya talagang ma-ooverwhelm ka. Despite the difficulty, the in-game earnings are easy enough and you can find ways to upgrade your weapons and items to stand a better chance in Sector 03 and above.

Zombie Shooter – Death Hospital also has a mystery in it that you have to crack and solve as the story progresses. *Tipong detective ang datingan* You play as the journalist who ends up in the abandoned hospital and is trying to survive, escape, and learn the situation he got ended up with, just because of a bet he lost with his friends.

You learn that there are other survivors in the hospital with you, magugulat ka na lang sa LAKI ng maitutulong nila sayo

And in this game, there is a lot.

The fact that it’s in mobile, and that you use Gyro sensors (pwede mo i-move mobile mo to move your character) makes it fresh and challenging for the most part. It adds to the thrill and experience while adding into the playing field for a zombie game.

It’s a good game, and it’s something people should try!