Home› PEx Family and Society› Realm of Thought
COMMUNITY NOTICE: If you are having trouble in your account access, please do send us a message at [email protected] for assistance. 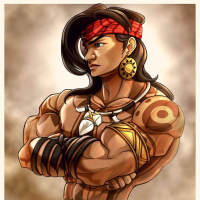 For it is by grace you have been saved, through faith—and this is not from yourselves, it is the gift of God— not by works, so that no one can boast.

6 What should we say then? Should we continue to sin so that God’s kindness[a] will increase? 2 That’s unthinkable! As far as sin is concerned, we have died. So how can we still live under sin’s influence?