US still most trusted by Filipinos, China least – Pulse Asia

US still most trusted by Filipinos, China least – Pulse Asia

MANILA, Philippines — The United States remained the most trusted country of Filipinos while China and Russia were the least, the latest Pulse Asia survey released Monday showed.

The survey, conducted from December 14 to 21, showed that 84 percent of Filipinos said they trusted the United States.

Despite President Rodrigo Duterte’s friendly stance with China, more than half of Filipinos or 60 percent distrust China.

More than half of the respondents or 54 percent said “a little or no trust at all” should be extended to Russia.

Aside from the US, Filipinos trust countries like Japan (75 percent), Great Britain (57 percent) and regional organizations such as Association of Southeast Asian Nations or ASEAN (82 percent) and Asia-Pacific Economic Cooperation or APEC (80 percent). 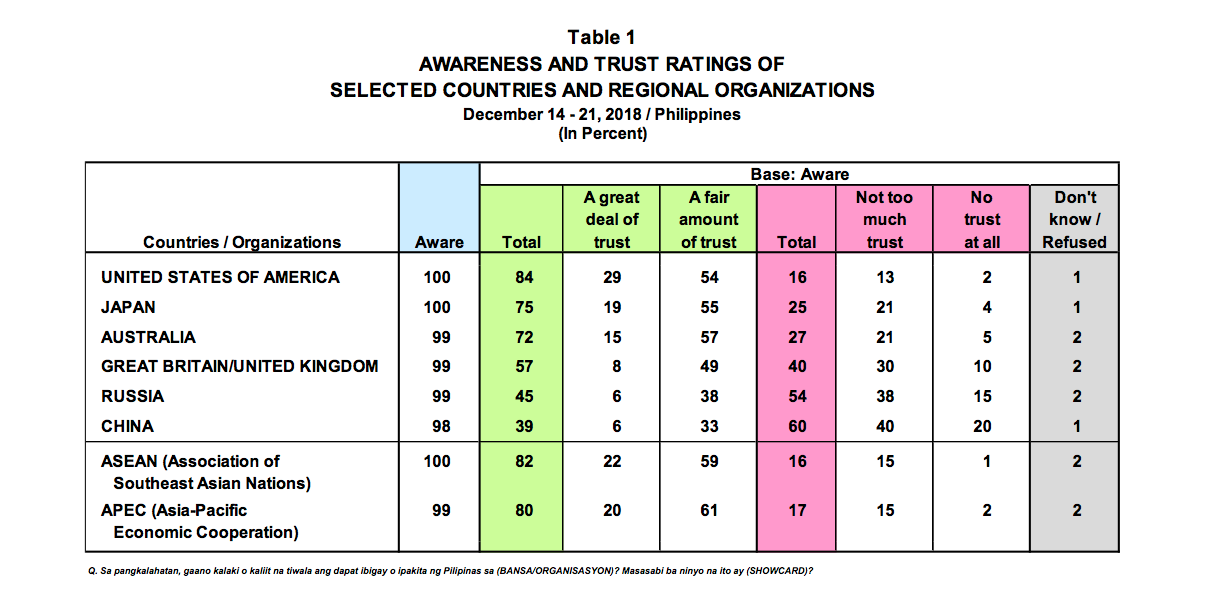