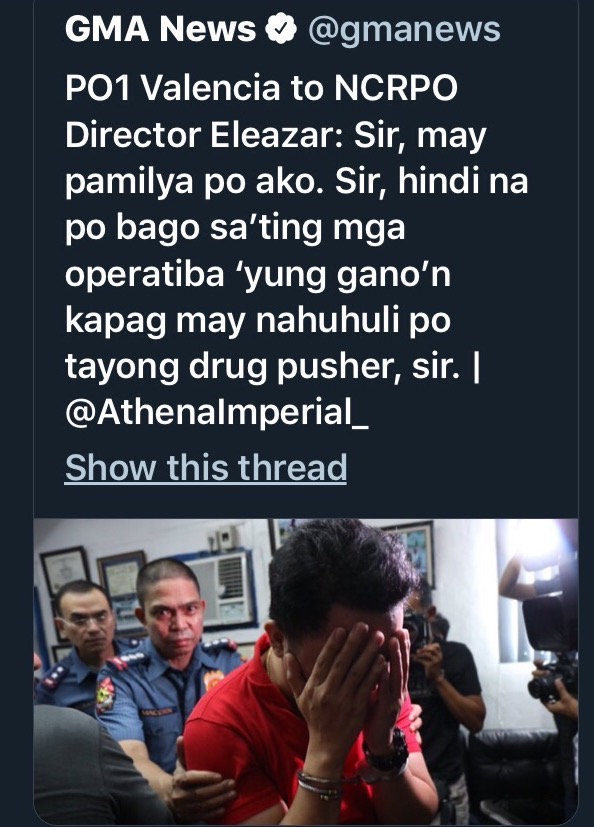 that is bad enough. equally bad is what Valencia said. he said it is SOP for the PNP cops to ***** those they arrest in the war against drugs, the suspects themselves or in this case the teen daughter of the suspects.