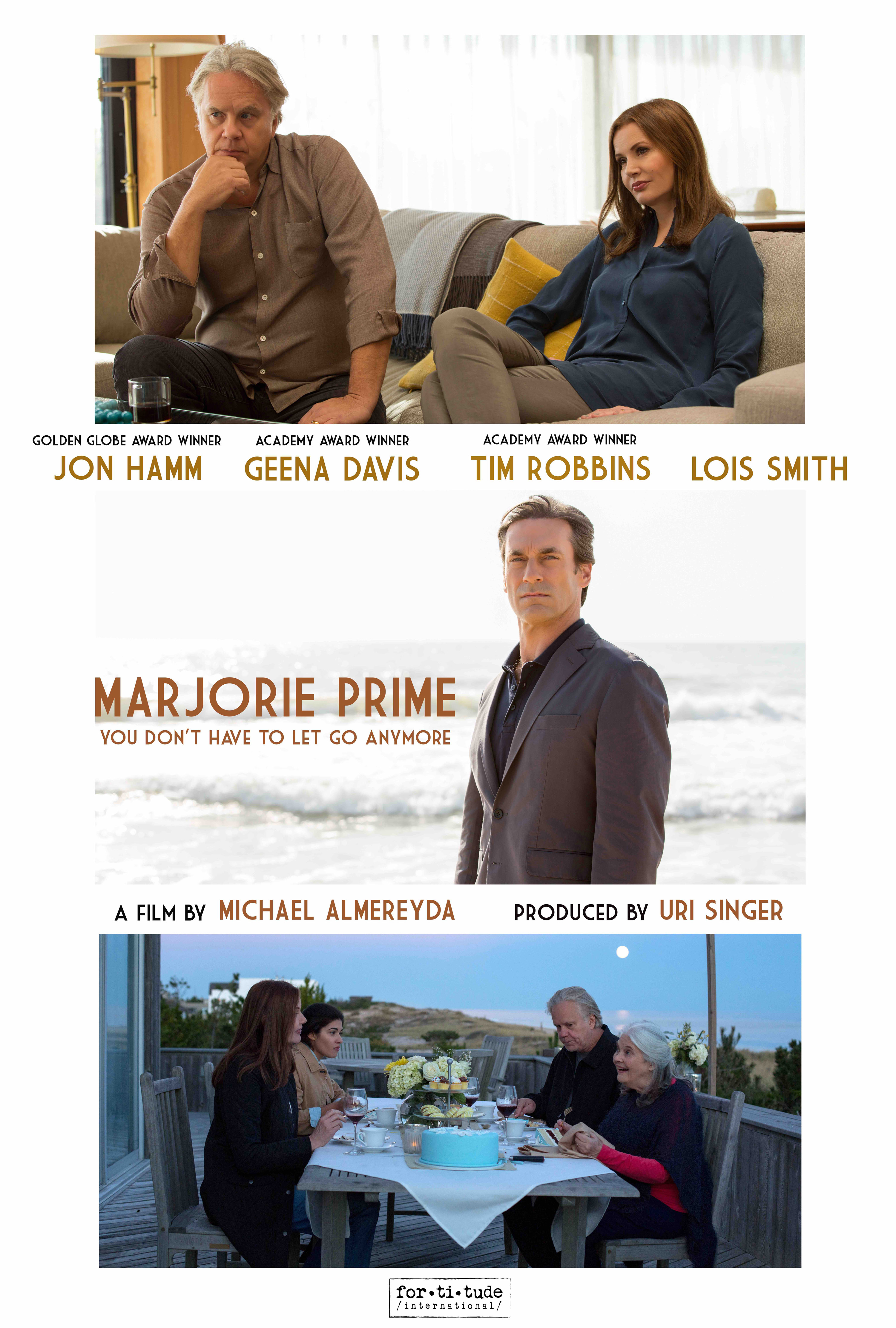 What if memories could be remembered for you – or forgotten for you? Memories are sometimes all we have to lean on. Sundance Film Festival winner (2017) “Marjorie Prime” takes us down memory lane taking place in a future intentionally left undefined where one’s fading memories are filled in by a program called Prime.

Adapted from a play written by Jordan Harrison, “Marjorie Prime” reveals a future where one especially the elderly can have a ‘prime’ – a kind of replacement memory system programmed to accompany and help people keep their minds sharp.  Designed to be therapeutic as one deals with grief, primes can soften the blow of losing someone by having a hologram version of the dead.

Marjorie (Lois Smith) lives with her daughter, Tess (Geena Davis), and Tess’s husband, Jon (Tim Robbins). It was Jon’s idea to provide his mother-in-law with Walter Prime (Jon Hamm), a younger version of Marjorie’s late husband to keep her company. But Walter Prime’s presence does not sit well with Tess, who is uncomfortable with this “fountain of youth version” of her dead father As the story progresses, Marjorie passes away, and Jon brings a Prime version of Marjorie into the household, hoping to heal or resolve Tess’s troubled relationship with her mother.

“Marjorie Prime” tackles how much our identities are built on how we perceive these memories and director Michael Almereyda relates that it has something to say about the unreliability of memory, but also the mystery of memory. “I think Jordan’s also suggesting that memory can have a healing power.  I tried to sharpen those themes, by tossing in the explicit mention of William James’s idea that our memories are always fading and dimming -- the scientific fact is that every time we retrieve amemory, we’re not going to the source, but to our last visit to that memory. And human nature can lead us to both clutch at the past, to try to recapture it, or to deny it altogether.”

The concept is a chilling one, Davis notes. “My character delivers that William James line, and it’s a theory that has haunted me ever since – the idea that when you revisit a memory, it’s just a copy of a memory, it’s not the actual event. That really stuck with me.” 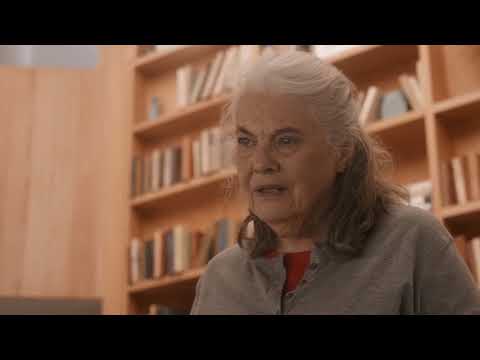