“The story centres around Max Easton (played by Mark Strong), an ex-spy whose past comes back to haunt him as he returns to the field to avenge the death of his son Harry (Joe Dempsie).

“Max soon discovers there is much more at stake, as he finds himself at the heart of a covert intelligence war and immersed in a widespread conspiracy to profit from the spread of chaos in the Middle East.

“Max enters into a very dangerous game, as powerful corporations show that they are willing to do anything to preserve their reputation and bury their secrets.”

Deep State features an ensemble cast of A-listers led by Mark Strong as former spy Max Easton, who will stop at nothing to take revenge on those who murdered his son. 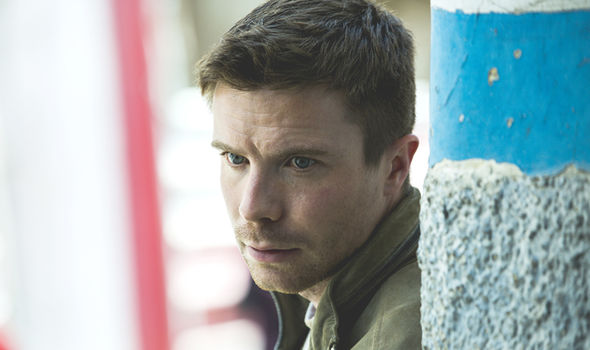 Karima McAdams of Vikings and Fearless fame takes on the part of Leyla Toumi, a British-Iranian intelligence operative.

The Night Manager and Star Wars actor Alistair Petrie portrays George White, a former MI6 agent and head of the UK division of The Section.

Anastasia Griffith from Damages and Once Upon A Time plays Amanda Jones, who runs the CIA part of The Section.

Finally, Split actress Lyne Renée takes on the part of Anna Easton, Max’s second wife and a doctor who starts to uncover disturbing secrets about her husband.