If you were to give overall ratings to Kapamilya stars — Showbiz - General — PinoyExchange.com

If you were to give overall ratings to Kapamilya stars 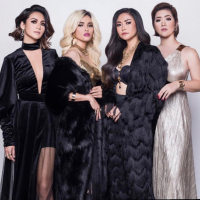 jskylinegtr PEx Rookie ⭐
March 2018 in Showbiz - General
If you give a rating to Kapamilya stars, what would their rating be based on their acting/singing/dancing lately.\
I would rate some singers first
Yeng Constantino (Pop-Rock Singer-songwriter): 96 OVR
Angeline Quinto (Ballad Pop-Birit Singer/actress) 97 OVR (rating is based on her singing)
Kyla Alvarez (R&B Singer/recording artist) 99 OVR
KZ Tandingan (soul singer/rapper) 98 OVR
Moira Dela Torre (Hugot/pop/acoustic singer-songwriter) 95 OVR
Do you agree with these overall ratings for these singers? How would you rate some stars based on their acting/singing lately?
0 · Share on Twitter