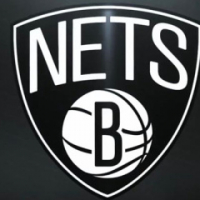 KevinDurant PEx Influencer ⭐⭐⭐
September 2017 in PBA #1
Senator Manny Pacquiao along with other stakeholders launched this league a few days ago. Former PTV sports anchor Snow Badua is the Commissioner. The following are some important points in their statements.

The league would have five conferences and there are tournaments for cities and barangays.

A tv station would show the provincial games and barangay games would be shown in livestream.

No harm, no foul rule with refs ensuring control.

Tapping to the grassroots level and aim of discovering talents from countryside.

There will be no imports. All tournaments are All Filipino. Fil Ams are allowed.

Certain cities and barangays from Luzon are the primary teams with expansion to Visayas and Mindanao as a long term goal.


Another league means another venue for players to showcase talent and as source of income.
0 · Share on Twitter
«1234567…25»

This Month's Leaders in PBA