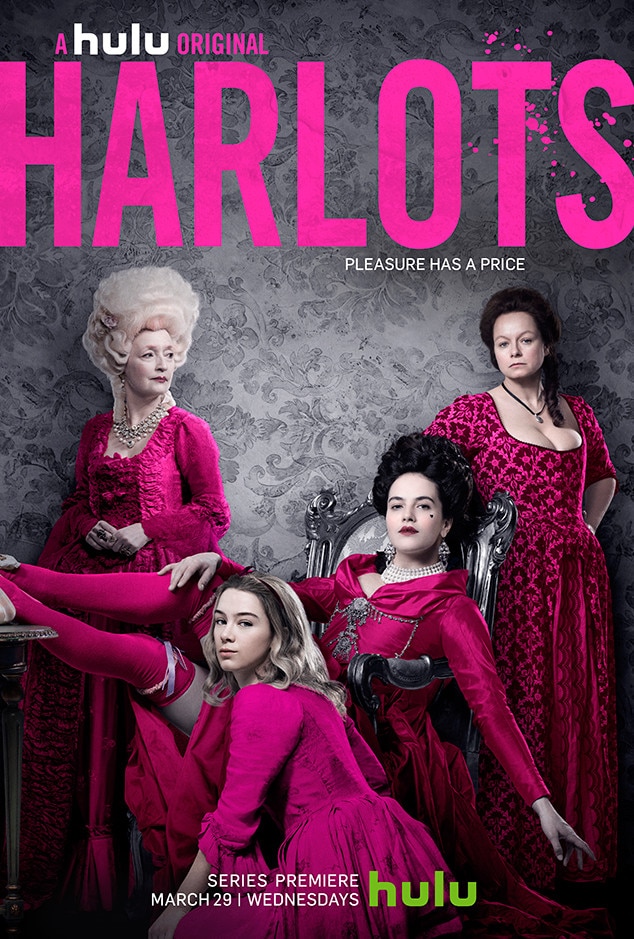 The eight-part series was directed only by women and boasts an all-female writing and producing team.

Hulu is intending to even the playing field with its upcoming brothel drama Harlots.

The eight-part series  which stars Samantha Morton, Lesley Manville and Jessica Brown Findlay (yes Lady Sybil from Downton Abbey is a prostitute now!  promises to show as much male nudity as female nudity and tell its story from the perspective of women.

"It was very important to us from the beginning to make it about the female gaze. We were determined to make something different, executive producer Alison Owen said Saturday during a panel for the drama at the Television Critics Association's winter press tour. Our hope from the beginning was, 'Everything from the wh0re's eye view.'"

To ensure that the story comes from the perspective of women, only female directors were hired to helm the hourlong episodes. Among them: Coky Giedroyc (Penny Dreadful) and China Moo-Young (Thirteen, Humans). "We really set out to get all female directors. We got the best of the best in the U.K., and it has influenced the show exactly the way we wanted it to," said executive producer Debra Hayward, who added that the series also has an all-female writing team.

Set against the backdrop of 18th century Georgian London, Harlots explores the city's most valuable commercial activity (i.e. sex) based on the stories of real women. Written by Moira Buffini (Jane Eyre), the drama is based on an original idea by Buffini and Alison Newman.

"It's a show about economics as much as it is a show about sex work," said Manville, who plays a madam who threatens Morton's character, Margaret Wells, as she struggles to reconcile her roles as mother and brothel owner. What the show does really well is show prostitution from every social angle."