It has been hailed as the most ambitious and spectacular series ever shown on British television.


A decade after its predecessor attracted audiences of more than 11 million people, the BBC will be hoping the show will be another Sunday night ratings triumph.


The first series took five years to make and at £8million was the most expensive nature documentary ever filmed by the BBC. It went on win an Emmy award and be shown in over 130 countries.

The new show's producers have described the great lengths taken to make sure the second series is even more spectacular.

Episodes were filmed in ultra-high definition by six separate teams gathering ground-breaking footage from around the globe.

They managed to film four snow leopards together in the wild for the first time, as well as footage of baby iguanas battling hordes of hungry snakes and a sloth going for a swim.


New technology has allowed the teams to bring viewers further into the animals' worlds than ever before. Gyro-stabilised cameras allow cameramen to move at speed alongside the animals, and drones captured aerial action sequences. Advanced camera traps were placed so close to wild animals that they even captured the sound of breathing.

Producer Elizabeth White worked on the first episode, Islands, which shows penguins being battered by waves as they attempted to bring back food for their young on Zavodovski, an Antarctic island home to the largest penguin colony in the world. 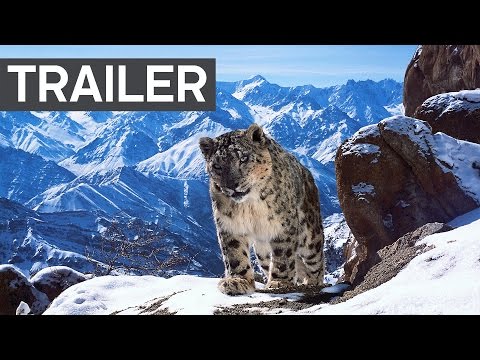