Home › PEx International Entertainment › International TV
COMMUNITY NOTICE: If you are having trouble in your account access, please do send us a message at [email protected] for assistance.

j5bata There's also ONE BENILDE! PEx Influencer ⭐⭐⭐
July 2016 in International TV
Survivor AU* (also known by its much longer name Australian Survivor) have recently released its first promo for its upcoming third season (to air on the show's third network home since its 2002 series launch). On top of that, Insider Survivor has released a list of Aussie castaways as well as details for reboot.

And here are this season's castaways battling out in the Pacific island nation of Samoa. As you can see by the list that we'll have a total of 24 cast members for this season. Insider Survivor also revealed that the season will last 55 days, and as is typical for most Australian reality shows, they will air multiple nights a week (no confirmation but it's been suggested that the show will air bi-weekly at the very least). According to rumors, the castaways will be split up in three teams of eight.

The show will be hosted by actor Jonathan LaPaglia, the star of UPN's Seven Days and the Emmy-award winning miniseries The Slap AU. Previous hosts of the series include Guy Leech and Rob Dickson.

Will it be "third time's the charm" for Survivor AU after failing to deliver in its first two outings in two other TV networks? Will the direct involvement of Mark Burnett's Castaway Productions be the lucky charm needed for it to succeed?

We will find out once the season finally starts airing later in the year.

For now, here's what the previous two seasons' respective intros looked like:
[CROUCHING-TIGER-DISAPPEARING-SPOILER] 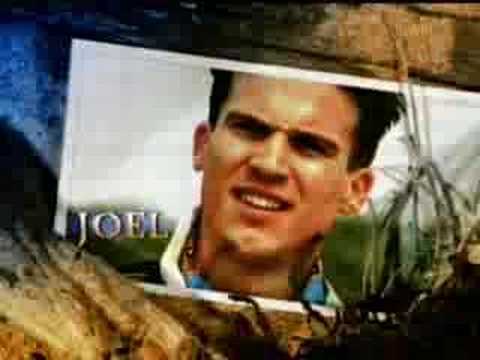