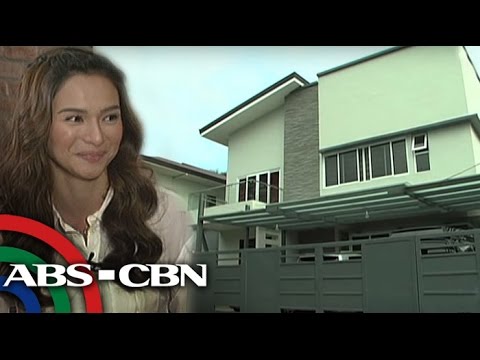 
It's a sophisticated visual commentary on "fathers" and it's great.

June is when Father's Day is celebrated and the folks over at Esquire Philippines have made quite a statement with the latest issue by paying tribute to singe moms. After all, they play the dual role of mom and dad to their children.

Esquire paid a tribute to some of the best but overlooked dads in the world: single mothers.

Jennylyn Mercado dazzles in the magazine's cover, even as she portrays a more masculine role.

Wearing a one-piece swimsuit, Jennylyn struck a pose smeared in shaving cream and armed with a razor.

As a single parent, the Kapuso actress is both mother and father to her seven-year-old son, Jazz. She balances both roles with her demanding career in the showbiz industry.

Jennylyn shared a photo of the Esquire June issue, with a greeting dedicated to herself: "HAPPY FATHERS DAY to me!"