I have AIDS — LGBT Forum — PinoyExchange.com


Home › PEx Relationships › LGBT Forum
COMMUNITY NOTICE: If you are having trouble in your account access, please do send us a message at [email protected] for assistance. 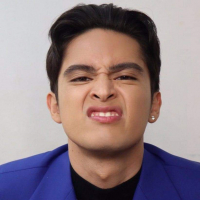 bipolar boy keep going PEx Rookie ⭐
January 2016 in LGBT Forum
It was more than two years ago when I have decided to get myself tested for HIV. That was after when I was hospitalized due to a skin illness identified as shingles or Herpes Zoster. Since hindi ako familiar sa sakit na yun noon, I googled it at most articles states that its one of the symptoms of HIV. I waited weeks before I got the confirmatory result of my HIV Test. And yun nga, paglabas ng resulta, I was HIV positive. Ipinaliwanag sa akin kung ano ang susunod kong gawin. Pero tila ba nabingi ako dahil sa takot. Nagsara ang isipan ko na tila ba wala akong narinig. Nanaig ang takot sakin and I feel helpless.

Until last year 2015, I have again developed shingles on my skin. By then, I already knew its another symptom. Few months after I get myself cured from that illness, I have suffered from continious fever for two weeks. When it got worsen with cough and difficulty in breathing, I have decided to get admitted in the hospital. The findings was Pulmonary TB. My doctor did a private talk to me and politely asked me of my sexual preference. By that time I already knew kung ano ang gusto nyang malaman at kung saan patutungo ang usapan namin, so I have decided to tell her the truth. She advised me to get myself tested again and have myself treated before everything gets worsen.

The next big move I did after that is to tell my sister. She was obviously surprised but she never showed any dismay although ramdam ko na deep inside herself ay natatakot siya for me. My sister was all supportive for me to get treated as soon as possible. She found a good treatment hub for me and she even accompanied me there. So, I had myself tested for HIV again. They confirmed its positive and I was scheduled for a CD4 testing. My CD4 was so low at 2 which clearly means, I have AIDS.

Hindi na ako nagulat as I kinda expected it. Napagod na rin akong matakot. What I promised to myself is to fight for this battle. I wont waste this chance dahil kung tutuusin, in my condition, I could have died pero I am okay. Despite my damaged immune system, I am still feeling fine  hindi na ako nagkakasakit at wala na akong nararamdaman masyadong kakaiba. And I keep thanking God for that.

I can still live the life I wanted. But not the same as before. No more alcohol, smoking and I will be on a lifetime medication. Have I ever thought of myself dying? Yes. Probably a hundred times. Pero ngayon its not a big issue for me na. We will all gonna die. To be honest, during my hospital confinement, I was ready. But when I recovered, it was a sign that God is giving me another chance to change everything and start a new beginning.