Survivor Ka?h Rōng: Brawn vs. Brains vs. Beauty, filmed in Cambodia on the island of Koh Rong, is the next season of the CBS reality competition, and there will likely be the usual teaser for the new season at the very end of the live finale and reunion.


I feel bad for
BB16's Caleb
and his cast mates. By the time their season will hit the airwaves, halos isang taon ang makakalipas mula noong lumahok sila.

Who do you want to win 31 votes 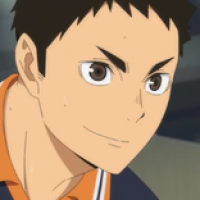