WATCH THE VIDEO FROM ALJAZEERA ENGLISH:

Conservative opposition candidate Mauricio Macri has won Argentina's presidential election, ending 12 years of leftist rule.Macri promised that a "marvellous" new era was starting for the country after he won the run-off vote on Sunday. 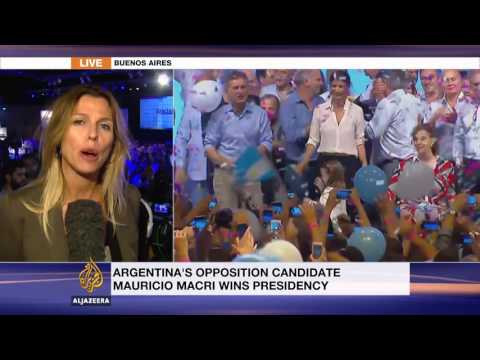 
READ THE NEWS FROM THE ASSOCIATED PRESS: 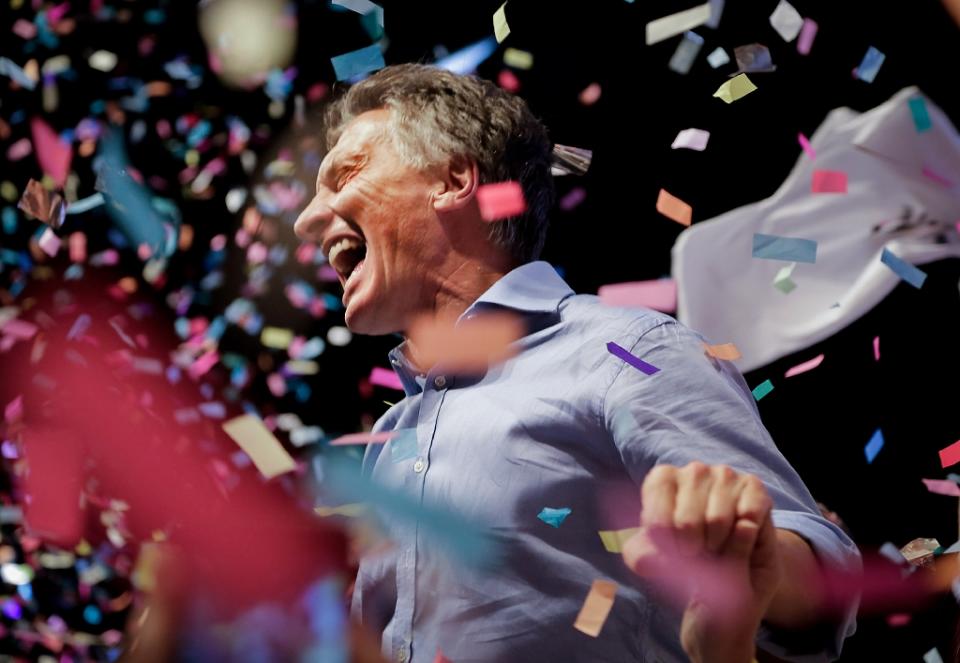 But when the business-friendly opposition candidate takes office Dec. 10, [highlight]he will inherit a country with around 30 percent inflation, near-zero economic growth and entrenched government social spending that private economists warn is not sustainable.[/highlight] He also lacks majorities in either chamber of Congress to pass his deep reforms.

"Macri will begin his mandate in a difficult political position," wrote Daniel Kerner from the Eurasia Group, a political risk consultancy. "He will have to make difficult economic adjustments and face serious political constraints."

The era he hopes to end is that of Fernandez and her late husband and predecessor Nestor Kirchner who rewrote Argentina's social contract and dominated the nation's political scene with a mix of patronage, charisma and withering attacks on opponents. Fernandez battled international creditors, had strained relations with Washington and allied her country with late Venezuelan President Hugo Chavez and his successor Nicolas Maduro.

During the election campaign, Macri vowed he would listen more and talk less than Fernandez.

[highlight]Addressing thousands of supporters late Sunday, Macri said his presidency would not be about "revenge" or "settling scores," but rather helping the country progress.[/highlight]

"I feel so happy because today we put an end to the mafia" of ruling party rule, said Felisa Sanchez, a Macri supporter waving an Argentine flag. "They claimed to be Robin Hood helping the poor with social welfare plans when the poor are really helped with jobs and education."

But fulfilling his campaign promise to reform Argentina's economy may prove difficult.

[highlight]Macri, 56, has pledged to lift unpopular controls on the purchase of U.S. dollars and thus eliminate a booming black market for currency exchange. Doing that would likely lead to a sharp devaluation of the Argentine peso. With foreign reserves around $26 billion, low for such a large economy, the government would desperately need an immediate infusion of dollars.[/highlight]

That could come from many different places, but ultimately would require structural changes to a largely protectionist economy, solving a debt spat and developing warmer relations with the United States and other nations.

[highlight]He has also vowed to jumpstart the economy by lifting many tariffs, lowering taxes and attracting foreign investment.[/highlight]He promised to solve a long-standing New York court fight with creditors in the U.S. who Fernandez called "vultures" and has refused to negotiate with, which kept Argentina on the margins of international credit markets.


WATCH THE VIDEO FROM STRATFOR:

A good introduction to Argentina by looking at its geographic challenges. 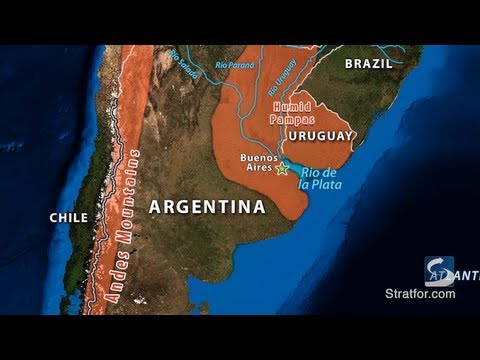