vblooper PExer
September 2015 in UAAP - Volleyball
Fit To Hit: Philippine Beach Volleyball Invitational is an international beach volleyball tournament organized by Solar Sports, the top-rated sports cable channel in the country, the inaugural edition of the tournament will be held on September 2527, 2015 at the Sands, SM By the Bay, SM Mall of Asia Complex, Pasay City and it will be aired on the said channel on delayed basis. The governing body for the sport, Larong Volleyball sa Pilipinas, Inc. (LVPI) will have no participation in this tournament, although they will handled the officiating purposes of the tournament.

After the inaugural edition, F2H, will have 4-5 beach volleyball circuit legs in different cities across the country, as part of the development program for the sport. 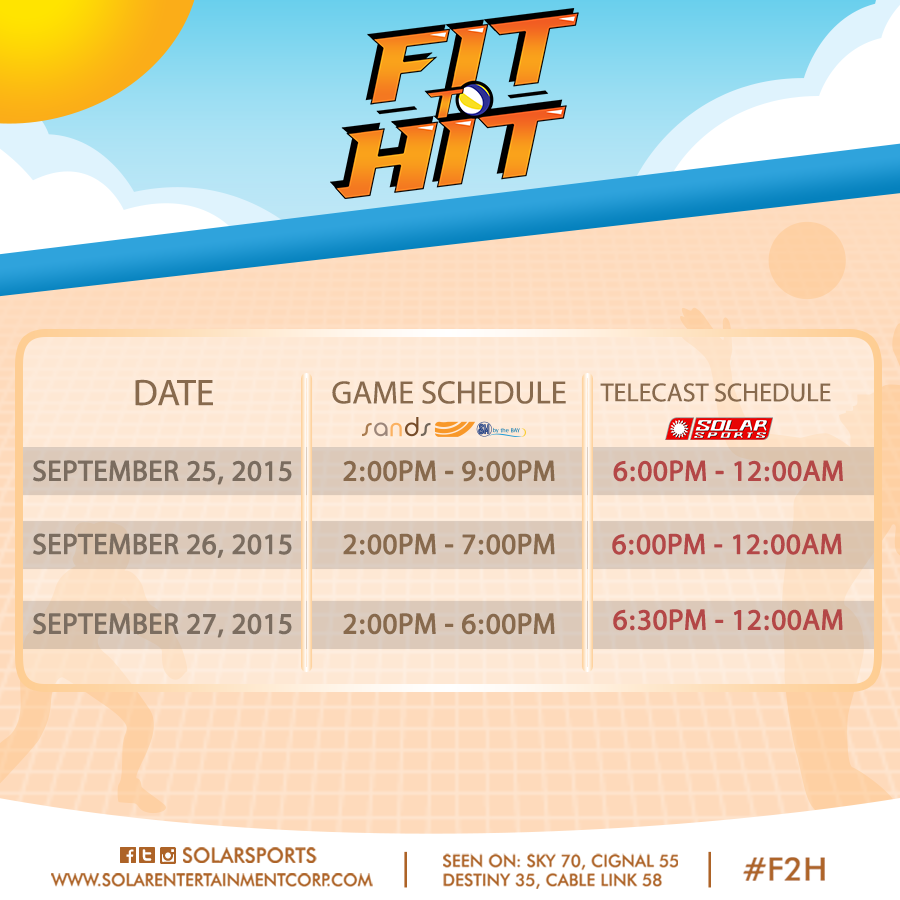 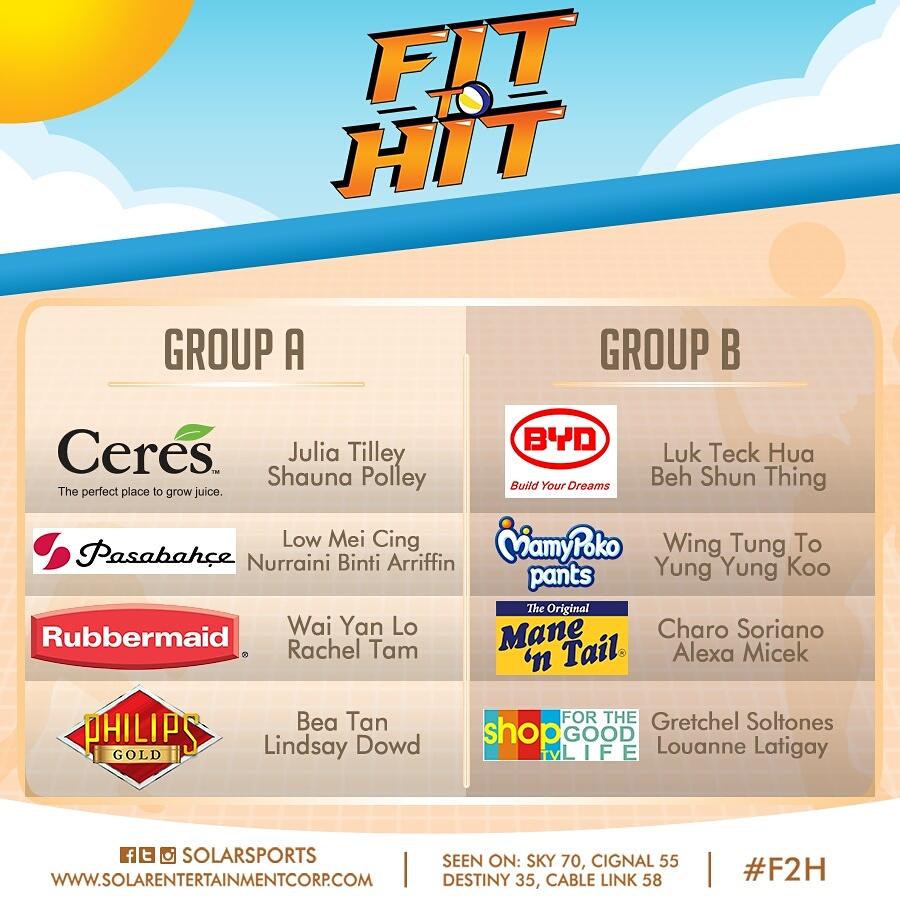