DAKIN PEx Influencer ⭐⭐⭐
February 2015 in International TV #1
Anyone from Australia???
Are you following this?

Rebecca Gibney reprises role of Detective Sergeant Eve in The Killing Field spin off for new murder mystery drama.The series is based around the mysterious separate murders of two young women with matching tattoos on the same night. Despite the odd contradiction, Rebecca Gibneys character, Eve Winter, is rugged up with scarves and a nice coat, even though the fishing town setting doesnt seem to hint at the chilly season.

Welcome to the series follow-on from the 2014 telemovie The Killing Field, in which Gibneys character was hard at work solving grisly murders in rural New South Wales.

We are now south of Sydney for this series (Seven is always coy about how many episodes of their shows for fear of tipping off the opposition schedulers), only this time we are hugging the coastline.

With this in mind, it has to be said: Winter looks very much like it is trying to be Broadchurch lite.

There are dramatic and aerial shots of a rugged and alluring landscape, but it is home to a much darker tale: the death of a 23 year old young mum, Karly. The series opens with her terrified -and somewhat melodramatic- expiration at the hands of an unseen assailant. Like Broadchurch, this victim also tumbles over the edge, only to be found by her sister (Tara Morice).

City detectives Eve Winter and Lachlan Mackenzie (Peter OBrien) are on the case, piecing together pieces of information about Karlys final hours and assembling possible local suspects. But Lachlan is convinced the culprit is a local crim who murdered a young girl 8 years ago.

Joining the hunt is federal policeman Jake Harris (Matt Nable), pursuing a hit and run accident involving a street worker from Kings Cross -and a friend of Karlys. This artfully forces the state and feds to work together. If there was any sexual tension between Gibney and OBriens characters in the first season, for reasons that arent apparent it has now been relocated to Gibney and Nable. Perhaps producers decided the first wasnt lighting up the screen enough.?

Theres a bit of good cop (Gibney), bad cop (Nable) within these two, but thankfully it isnt quite so straight-forward. Eve Winter manages to turn on the tough talk in ways Julie Rafter would not, but shes still human enough as to warrant viewer empathy.

Joining the cast are two younger detectives in Antonia Prebble as Alesia Taylor and Akos Armont as Milo Lee (no more Liam McInytre). While they get the plot offcuts as far as crime-solving goes, I thought they were good additions. Hopefully they will be afforded some sub-plots across the series.

Various red-herrings in the story subscribe to the procedural genre, complemented by just a hint of the personal lives of our heroes. Rachel Gordon is a nice touch as Eves sister, Melanie, teasing our central character over her close working relationship with Harris. You get the picture.

Winter is also shot rather nicely, making the most of some moody backdrops. Overall it feels more clearly defined than the fly-in fly-out squad of The Killing Field. 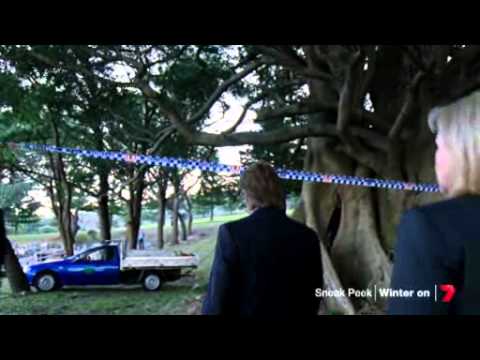