Street artists showcase their skills and vie for a $100,000 prize in this reality-competition show. Challenges include creating murals, installations and 3D paintings. 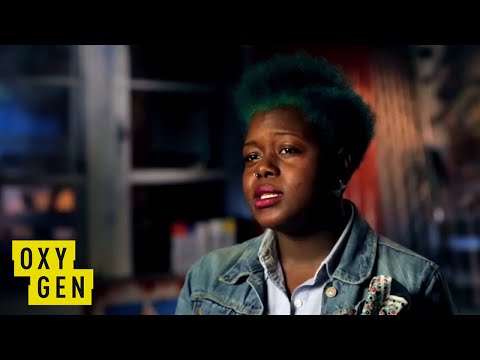 It's been a few years since Bravo's two-season-and-done reality competition series "Work of Art: The Next Great Artist" (2010-11) and now Oxygen enters a similar space with "Street Art Throwdown" (9 p.m. Tuesday).

Of course viewer reactions to this one might be more polarizing since at root the question comes down to, is graffiti art or vandalism or a little of both?


"Street Art Throwdown" tries to avoid using the word "graffiti" (otherwise it would be "Graffiti Throwdown," right?), although one contestant in the premiere refers to the show as "the Olympics of graffiti."

And it never weighs in on the legality of tagging buildings that don't belong to the tagger.

"The general public sees graffiti or vandalism or scribbles," says one contestant. "It becomes an addiction. It becomes a part of you."

The show's one-named host/judge/mentor, Bua, introduces a co-host he calls his "partner in crime," presumably oblivious that some viewers may take that term literally, althouhg then it turns out she's some sort of designer and not so much a graffiti artist.

The competition turns out to be fairly interesting, though judging which graffiti is "better" may prove a challenge for some viewers at home. So just let Bua be your surrogate: He doesn't hold back or try to play nice, offering specific, constructive criticism, which is what you want from a judge on one of these shows.

World-renowned street artist Justin BUA serves as host, co-judge and executive producer on the show, which pits 10 of the country's most promising artists against one another. The series tests not only their physical stamina, but also pushes their artistic skills to the limit in hopes of jumpstarting their career with a $100,000 grand prize. "Street Art Throwdown" is shot at some of the most iconic Los Angeles locations as young, passionate hopefuls strive to bring their vision to life and showcase their work to the world. Furiously scaling walls, climbing fences and navigating underground tunnels, these artists must have the talent, style and hustle to battle it out to the end.

"Street Art is the most accessible art form there is- it takes art out of the galleries and into our everyday surroundings with themes reflecting our social and political climate as well as fun, vibrant, and bold forms of self-expression from those who create it," said Rod Aissa, Executive Vice President of Original Programming and Development, Oxygen Media. "The artists on 'Street Art Throwdown' are competing in a physical, emotional and creative journey to not only discover themselves as artists, but also catapult their careers with a life-changing grand prize."

The contestants are given opportunities to create vibrant art in never-before-seen ways, with challenges ranging from murals to installations and 3D paintings to guerilla art. Real-life brands participating in the series include Polaroid and D.A.R.E. (Drug Abuse Resistance Education). Each episode will feature two challenges testing the artists' abilities and drive, beginning with a mini art-stunt dubbed "The Hustle," where the contestants must create a quick piece while confronted by environmental obstacles. THE WINNER IS given an advantage in the next challenge, "The Throwdown." In this elimination round, the competing artists will be tested on their stamina, strength and efficiency as they create a large-form piece or mural in hard to reach locations and under harsh conditions. Joining BUA on the judges' panel is the Director of Pop International Galleries, Lauren Wagner, who brings a fresh perspective to the competition and demonstrates that there is an ability to merge the gallery and street art worlds together.
0 · Share on Twitter