Q10 PExer
December 2014 in Travel #1
The historic town of Vigan was recognized as a World Heritage site by UNESCO on 1999 and just last December 8 2014, was named one of the New7WonderCities of the World by the non government organization New7Wonders.

The heritage city of Vigan is the capital of the province of Ilocos Sur, Philippines. As an example of a well-preserved Hispanic towns in the Philippines, one will wonder how it remained intact despite the destruction brought about by World War II. It is quite unique only in the Philippines which cannot be found elsewhere in Asia.

Vigan's cobblestone streets, churches and houses are reminders of Spanish colonial era which is regarded as the longest period of colonization in the history of the Philippines.

Vigan has become one of the favorite destinations of travelers, photographers, amateurs and professionals alike, and simply those who are looking to experience traveling back in time. There are many scenic spots to go to in Vigan and due to proximity, one can visit the main points of interest within the day.

Padre Burgos House or Museum
In Padre Burgos House, one will see assortment of artifacts of Father Burgos, one of the 3 priests martyrs of the Spanish era. It is now an extension of the Philippines' national museum. There are many interesting other things to see inside the museum like the library, dioramas, antiques and jewelry among others.

Crisologo House or Museum
This old mansion which was converted to a museum belonged to one of the most influential politician in Vigan. It houses the collections of the Crisologo family including the car which was used by the politician's pregnant wife at the time, who survived a shooting incident hence their child was named "Bullet".

Archbishop's Palace
This palace is one of the oldest building in the Philippines. Built in the late 1700s, today it elaborate architectural fixtures can still be seen. Travelers can see the museum which has the collection of religious relics.

Calle Crisologo
This very popular attraction in Vigan composed of spanish-style houses which will surely bring you back in time. It used to be the first trade area in the Philippines where Filipinos used to trade gold and gold among others. It is closed to vehicular traffic so visitors can enjoy walking, take photos and cherish the place day and night. 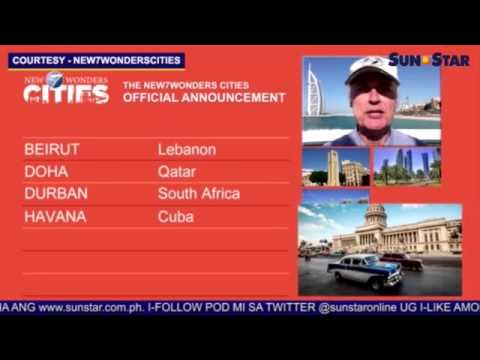 With quite a handful places to visit in Vigan, one can't help but wonder how Vigan ever survived World War 2? It is best-known that two Japanese officers opposed their commanding officers instructions to burn down Vigan. This is to ensure their Filipino women and their loved ones be free from the tragedy that others have endured by choosing to be connected with the Japanese.

Vigan is not just another tourist destination. Vigan is a reminder of the rich cultural history of love and heroism.