forg Administrator PEx Moderator
December 2014 in International Movies #1
CHRIS EVANS: FROM NON-BELIEVER TO BELIEVER IN LOVE IN PLAYING IT COOL
via press release 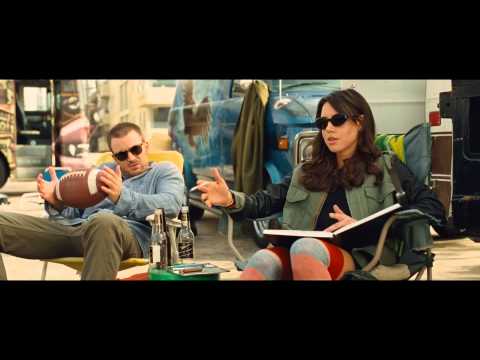 The worlds most charming bachelor, Captain America as he is now widely known, Chris Evans is a non-believer in love in this years most endearing love story, Playing it Cool, until he meets his match in Michelle Monaghan.

In this romantic comedy, Evans is a writer tasked by his publisher to pen a romantic novel first prior pursuing his action-packed book. Known as the Narrator (Evans), was having problems writing the romantic novel until he met Monaghans character known as Her only to find out that she is already engaged to Stuffy (Ioan Gruffudd). With a little help from friends with different perspectives on the subject of love (Anthony Mackie, Aubrey Plaza, Luke Wilson and Topher Grace), Evans character attempts to stay just friends, but finds himself wanting more.

Colorful and emotional, Playing It Cool is a stunningly visceral experience with a great many cinematic qualities already built in. Yet to truly bring these elements to life, Justin Reardon directs a vibrant young cast in a simple yet timeless and endearing story. Justin first attracted attention with his short film, Zoltan the Hungarian Gangster of Love, which has garnered accolades from top festivals around the world, including being named a top four finalist at Londons Raindance Festival for best international short. Justins visual expertise and his character instincts are unmatched, a true innovator who has the ability to tell a story that will capture the worlds imagination.

Find out if they end up together in Playing It Cool - opens in cinemas December 17 from Pioneer Films.