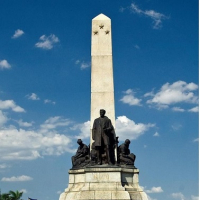 joeriz PEx Influencer ⭐⭐⭐
November 2014 in Local and Foreign Issues
So sorry for what happened to the old man, but what was he thinking? I am assuming he has been doing this sort of thing for quite a long time now. He's been lucky so far, but not this time. He should charge that experience to the perils of viagra! :rotflmao:

An 84-year-old New Yorker's date with two 17-year-old twin sisters ended with the senior citizen tied up and robbed, according to police.

The New York Times reports that Paul Aronson met up with 17-year-old Shaina Foster last month through SeekingArrangement.com, a sugar daddy site that bills itself as a place where beautiful, successful people fuel mutually beneficial relationships, according to the Times.

After a first date, Shaina brought her twin sister Shalaine along to the second. The trio dined at an "expensive restaurant" and then Aronson invited them back to his apartment for a drink, court documents said.

That's when Shaina told authorities things got out of hand.

He asked to do things I wasnt going to do, she told Detective Darryl Ng. He is ugly, old and disgusting. I tied him up. I took his money and left. He was starting to creep me out.

The New York Daily News reports that the sisters allegedly tied Aronson up with zip ties, stole $420 worth of cash from his wallet and took his credit card. They then went on a shopping spree and bought makeup, police said.

"The old man reported me? I dont understand why he reported me," she said, according to court documents.

The New York Post reports that on Wednesday, Shalaine Foster's lawyer said his client was brought along by her sister and didn't take part in any of the crimes her sister allegedly committed.

"Theres always that story of the good twin and the bad twin, who goes right and who goes wrong, Brian Kennedy said. ​My client Sh​alaine was always going right but it seems she got caught up in something that was not of her making.

The pair are charged with kidnapping, burglary, robbery, assault and grand larceny. They are being held without bail.

The age of consent in New York is 17, which may at least partially explain why Aronson isn't facing any charges.