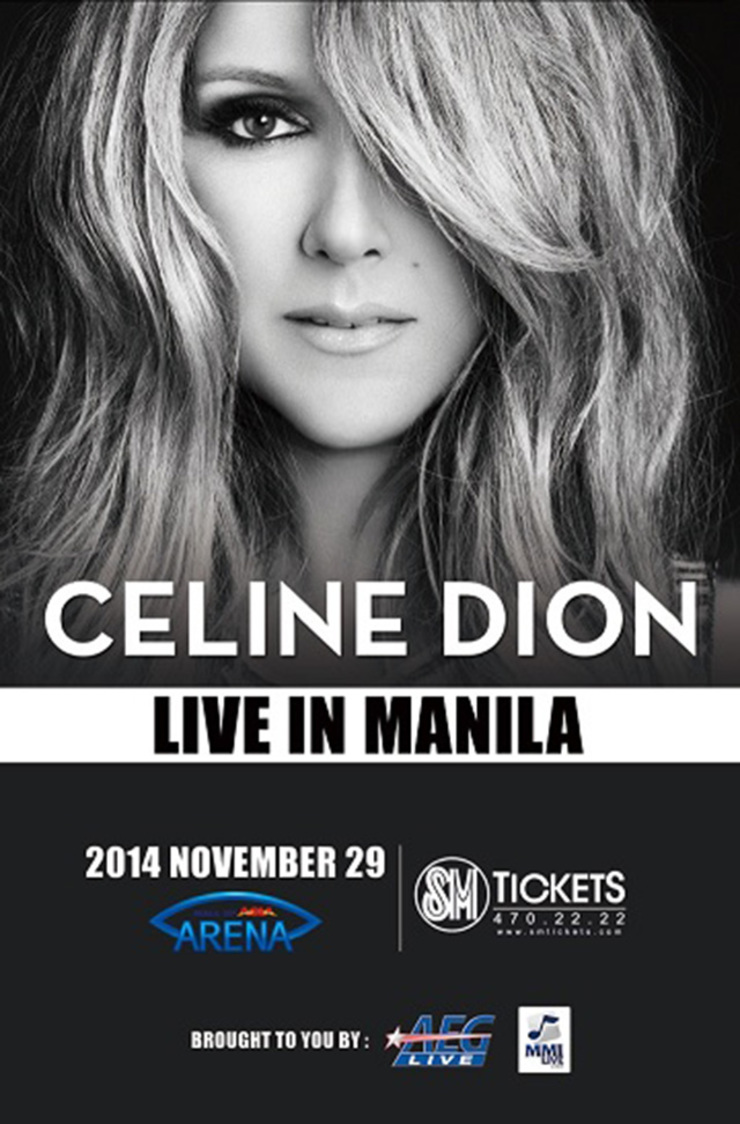 According to the singer's official website, Celine will head to Manila on November 29 to perform at the Mall of Asia Arena. She will be accompanied by 15 musicians including a full band and horn section. She will also perform some of her biggest hits with a visual presentation designed for her tour in Asia.

"It's my very first time visiting the Philippines, and I can't wait to get to Manila to perform for the fans. I know it's been a long time coming and we're going to do our best to put on a fantastic show for them, Celine said whose hits include My Heart Will Go On, and Because You Love Me.

Aside from the trip to the Philippines, Celine will also tour Japan for a 4-day concert.

Celine, who has been performing in Las Vegas, also invited renowned singer-impersonator/entertainer Véronic DiCaire to open the Manila show.

Last June, it was announced that Celine appointed a new manager, after her husband Rene Angelil stepped down from the position. He now serves as the chairman of the Dion's Feeling Productions Inc.

Rising to international stardom in the '90s, Celine is a concert veteran and has several honors, including Grammy, Juno, Felix, and World Music awards, under her belt.

She has performed with various singers such Andrea Bocelli, Barbra Streisand, and The Bee Gees.