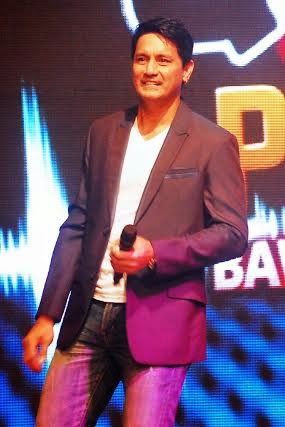 Richard Gomez officially makes his TV comeback via TV5's newest, one-of-a-kind comedy game show that challenges contestants to accomplish a series of tasks as quietly as possible, entitled "Quiet Please! Bawal ang Maingay".The Kapatid network is primed to take over your Sunday nights as its newest program offering Quiet Please! Bawal ang Maingay, which promises to be a comedy game show like no other, starts to make noise every Sunday at 8:00PM beginning on August 10.The Kapatid Networks soon-to-be-launched, one-of-a-kind program sets itself apart from the usual game shows on television with its unique and exciting concept, where contestants must accomplish a series of timed challenges without setting off the giant noise-meter (an ultra-sensitive, noise-measuring device that sounds an alarm when it reaches a certain noise level). Ultimately, the goal is to move as silently as possible through all the rounds - and with less noise, the contestants win bigger prizes!Bravely, what TV5 has done was to develop this idea alongside us and turn it into a program. So this is a groundbreaking program because it is the first real full show of this idea. The Philippines will also be the first country in the world to air this show by Freemantle, shares Howard Huntridge, Senior Executive Producer of FreemantleMedia, the same studio that the Kapatid Network recently worked with in locally franchising the top-rating show Killer Karaoke.Aside from the belly-aching fun and excitement that viewers will experience while watching the game show, they will also be treated to finally witnessing the much-awaited return to television of one of Philippine showbiz ultimate heartthrobs, with multi-hyphenate Richard Gomez marking his game show comeback as the host of Quiet Please! Bawal ang Maingay. Joining Goma as his co-host is sassy comedienne K Brosas, whose candid commentary and signature funny antics will definitely provide viewers the humor in the program.Soon, viewers will definitely be treated to a whole different kind of entertainment with Quiet Please! Bawal ang Maingay making Sunday nights an even more enjoyable and exciting family affair, beginning this August 10 at 8:00PM, only on TV5!
0 · Share on Twitter
«123456»