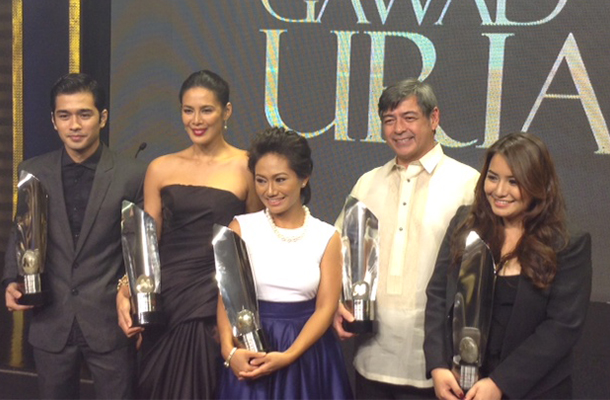 It was an INDIE NIGHT for the 2014 Gawad Urian awarding ceremonies. It is interesting to note that an Indie actress named Angeli Bayani was able to beat 2 of the country's top movie stars in the best actress category

Below is the complete list of winners of the 2014 Gawad Urian: