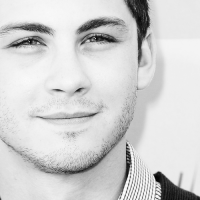 ScareYouOften Moderator PEx Moderator
September 2013 in Showbiz - Female Celebrities
So everybody's all eyes at this chic who is soon to become Mrs. Jericho Rosales hmmm. :hmm:

Who is Kim Jones?
Here are five things you need to know about the future Mrs. Jericho Rosales!


1. She is a fashion blogger.
With her pretty face, statuesque body, and refined sense of style, its no surprise that Kim keeps a blog and posts about her daily looks and activities. Check it out on: www.kimcamjones.com .

2. She is a TV host.
Kim made her TV hosting debut as one of the hosts of ETCs lifestyle show ETCetera alongside Patti Grandidge. She also hosts a 5- minute segment called ETC HQ with Julia Sniegowski and Sam Sadhwani.

3. She's a water baby.
She loves the beach. Kim and Jericho share the same passion for surfing and are often spotted catching waves in La Union (PEP.ph ). She also enjoys windsurfing and playing football.

4. She is a Filipino-British model who grew up in Australia.
Kim was convinced by her brother to move to the Philippines where she launched her career as a TV host.

5. Jericho met Kim through good
friend and actor Dominic Ochoas
wife.
Jericho admitted in an interview that she immediately caught his attention upon meeting her. During an appearance on Kris TV, Echo proudly showed a picture of himself with Kim. When asked if his family approves, the actor shared, "My family actually loves her, super, super loves her talaga. She's very open and nilalapit niya 'yung sarili niya sa mga mahal ko. Hindi niya ako nilalayo even doon sa trabaho ko at sa followers ko. Actually magka-tweet sila ng fans ko . They tweet each other. It's a really healthy relationship, hindi ba? We support each other. It's really nice.