I'm an avid WGM (We got married) fan (WGM is a reality show in Korea chronicling a virtual marriage relationship between idol or actresses, so K-pop idol gets to be matched with other idols and we get to see many facets of relationship and somehow get to see a glimpse of the real characters of our K-pop idol when dealing with their opposite sex)

But this Global Edition where Korean actors/idol will be set for a virtual marriage for other neighbouring Asian idols got me hooked lately. Taecyeon and Emma Wu's character felt like I'm reading a shoujo manga. Hehe! Ankyuuut nila!

Matured at sensitive na guy at bubbly na napakakulit na girl. Their relationship does not follow the old-romance adage, but somehow you get to see a couple filled with rollercoaster of laughter and surprises.

Here are some of their photos: 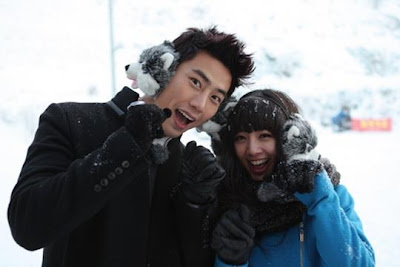 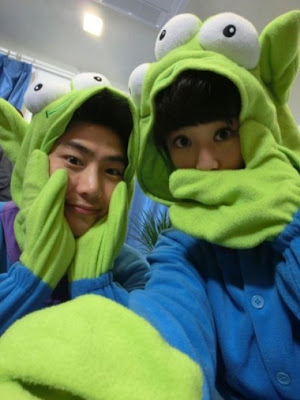